On 12 July, the West Bank village of Kufr Qaddoum celebrated the one year anniversary of their weekly, popular demonstration. The regular protests are targeting the closure of their main road in particular, and the Israeli occupation in general. 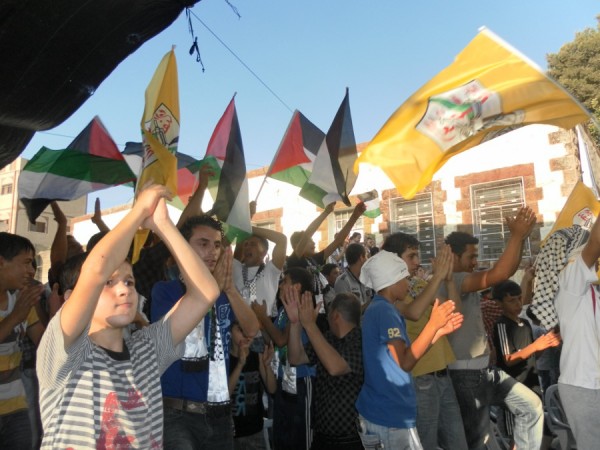 One decade ago, the Israeli army closed the road in the name of “security” for the nearby illegal Israeli settlement of Qedumim. 20 months ago, the Israeli court ruled that the closure of the road could not be legitimized, however the IOF still claim the road is not safe for transportation and refuse to open it for the residents of Kufr Qaddoum. The journey to Nablus has now increased from 15 minutes to 40 minutes, which is particularly difficult for the many people who commute on a daily basis for education, work, or health reasons.

Since the demonstrations began one year ago, a great number of people have been detained and arrested by Israeli Occupation Forces. Several have been injured, and over a dozen people today bide their time in Israeli prisons. The village experiences regular night raids by the Israeli army

Several inspirational speeches were held on a stage during the commemoration, which included a cultural act when a Palestinian singer got many people dancing.

Hakim M. is a volunteer with the International Solidarity Movement (name has been changed).