Askar Refugee Camp: “Our dream is to visit Jerusalem” 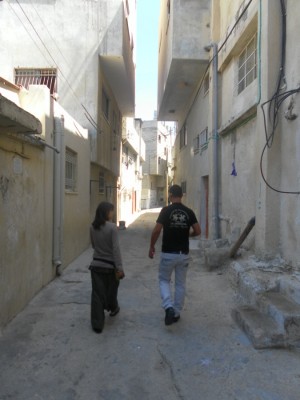 A short distance from Nablus one finds the community of Askar camp. What appears as a suburb or cut-off of the city, is actually a refugee camp. Established in 1964, it today houses some 6,000 people in 1 square kilometre. The inhabitants are both descendants of and those themselves that were once pushed off their lands by Israel. This year, it has been 20 years since the first solidarity funding showed up in the camp, and 10 years since the camp was devastated by the Israeli army during the second intifada.

The secretary of the Social Development Center (SDC) for children and the disabled, explains the dire situation in the camp. Most of the week, water is only available 2 hours per day. 30% of the inhabitants are unemployed and lack a real income. The camp finally established a medical clinic, but it has only one doctor for the 6,000 residents of the camp.

Some improvements have been made. Swedish workers arrived in 1992, and the following year, a three-year support package of 30,000 dollars arrived. Buildings and buses have been acquired, and international volunteers still work with the SDC.

For the residents of the camp, one fact remains. No amount of money or construction will bring a solution. The refugee camp is a temporary home for a people who were forced from their true homes. True solidarity lies in the fight for the right to return.

A teacher at the SDC showed members of the International Solidarity Movement a second attraction that the camp has to offer visitors. At the site of an old kindergarten, 7 white tombstones makes up a monument for victims of the second intifada, ensuring some of what occurred in April 2002 will not be forgotten.

The 7 tombstones include a man shot in the head by the Israeli army while going to his neighbour to ask for food, three men killed by a missile that struck their residential area, the daughter of one of the missile victims who was shot and killed, and another who was very ill and died when an ambulance coming for him was denied entrance to the camp by Israeli forces. 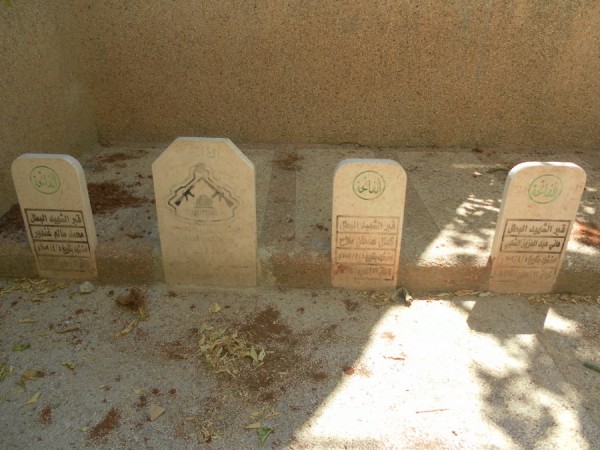 The Israeli military machine devastated Askar Camp during the second intifada. The road at the entrance of the camp was trafficked by tanks instead of cars. From the mountain top across the valley, Israeli forces were able to shoot directly into the camp. Many houses were razed and badly damaged. In total, Askar Camp lost 33 lives during the second intifada. Many were arrested and 50 residents remain to today in Israeli prisons.

Although much has changed since then, a resident of the camp, Naser, can still identify big problems for the refugee camp.

Medicine and equipment for care of children with disabilities is very expensive, and must go through Israel, which further complicates its arrival. There is a lack of assistance from both the United Nations Relief and Works Agency (UNRWA), and the Palestinian Authority. Both are represented in the camp, but do not offer enough to the inhabitants.

The entire camp falls under Area C, meaning it is under full Israeli civil and military control. Thus, Israeli soldiers and armed settlers are known to enter the area and harass its residents. Extremist settlers use the presence of the Tomb of Yousef as a premise to invade the area and increase their influence.

For the children of Askar camp, their minds and memories are saturated with the trauma of living under Israeli military occupation.

The Social Development Center has its own girls team in football. Naser explains how they have travelled to a number of countries in Europe to play games and meet other teams. In the end, they all return to a reality of soldiers and restrictions on movement.

While the children are able to secure a 20-day visa to visit Europe, they are not allowed to visit their own capital city, only 45 minutes away.

“Our dream is to visit Jerusalem.”

Hakim Maghribi and Alex Marley are volunteers with the International Solidarity Movement (names have been changed).