Another water cistern demolished, another violation of Human Rights 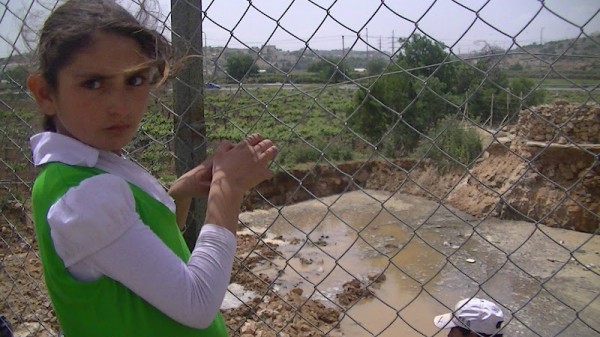 On Wednesday 2nd May 2012, in the town of Al-Baqr, the Israeli occupation forces destroyed yet another water cistern.

The water cistern measuring 16 metres in width and length, and 8 metres in height was used to irrigate approximately 40 to 50 dunams of land. The  land was used for the purpose of farming. The farms were mainly used for growing grapes, and various other vegetables.

The water cistern, owned by Yihya Jaber, was demolished approximately six and a half hours after the ordeal had begun at 7am in the morning. As ISM volunteers arrived at the scene, we could see the excavator being used to pick up the soil and filling in the demolished cistern. As we approached the scene, three Israeli soldiers told us not to go any closer.

Without giving us any clear instructions of where we were allowed to stand, we attempted to find an accurate view of this illegal demolition. With the permission of a local Palestinian family, we were able to see the carnage from their terrace. As we looked down, the cistern was almost nonexistent and the source of livelihood for many of the Palestinians in Al-Baqr was reduced to rubble and dirt.

The families looked on helplessly.

The soldiers had completely surrounded the scene preventing anybody from approaching the cistern while it was being destroyed. At approximately 1pm the the Israeli soldiers had finished what they came to do, they abandoned the scene taking away their digger and tipper.

Another water cistern demolished, another violation of Human Rights.

As the scene was abandoned the families come out, staring blankly in despair to what is left of a structure they so desperately relied on. It was one of a series of blows delivered to the Palestinians of Al-Baqr as the tally of water cisterns demolished by the Israeli occupation in Al-Baqr alone, rose to 8 just in the space of the last two years.  The illegal destruction of this water cistern will affect the lives of 30 to 40 Palestinians.

The demolition in Al-Baqr was not the first time the Israeli occupation forces had destroyed this water cistern.

It was first demolished in 2010. Just like the demolition of 2010, Jaber had recieved only two to three weeks notice about it from the Israelis. Jaber and the local Palestinians whose livelihood depends upon these water cisterns, were informed that the reason for why the demolitions were taking place was due to the fact that neither of the families had a permit for the water cistern. According to Dr Shahaad Attili, the minister of Palestinian Water Authority, water cisterns do not require a permit from the Israeli Civil Administration, thereby rendering the pursuit of a permit as another useless exercise.

Despite it being unnecessary to be in possession of a permit,  it is common knowledge that it is near impossible for Palestinians to obtain permits for land illegally occupied by the Israeli Government. On both occasions that Jaber had applied for permission, they were turned away on the grounds that “It is Israeli Land” or “It’s too close to the security road,” or “It’s an agricultural area,” and finally “It’s too close to the settlements.”

The cost for applying for a permit is approximately a thousand shekels, and now the cost of complaining about the demolition is normally between a total of 15000 NIS. Even if he does manage to afford this fee, which is highly unlikely, it will most likely be a futile battle against the discriminatory and apartheid policies of Israel.

This is a clear violation of the Israeli-Palestinian joint agreement from 2001, the “Joint Declaration for Keeping the Water Infrastructure out of the Cycle of Violence.”

It is also important to note that Israel has denied the applicability of the Fourth Geneva Convention by occupying Palestinian land but have accepted the applicability of the Hague Regulations. Under Article 43 of The Hague Convention Israel, as an occupying power over both the West Bank and the Gaza Strip, has the ultimate responsibility to ensure that public order and safety are upheld in the territory it occupies, including securing the welfare of the population. Its impossible to see how Israel is securing the welfare of the Palestinian population when they are illegally destroying water cisterns that will cause them severe hardship. 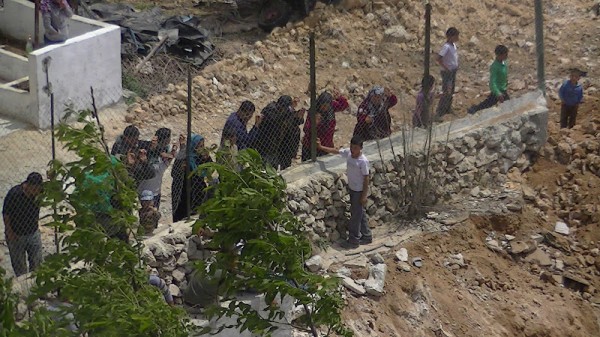 The village of Al-Baqr remains under constant threat of demolition. Not only the remaining water cisterns, but the houses face the same consequences as they are considered “illegal.” This adds more burden to the strains of Al-Baqr.Even for electricity, all families are required to purchase cards which offer a limit of kilowatts lasting only two to three days. The closest hospital is also 25 kilometers away, shorter routes to the hospital have been made inaccessible for Palestinians by Israeli occupation forces. It is also very difficult for children to get to schools everyday as they have to travel long distances.

As demolitions continue in Al-Baqr the illegal Zionist settlements populated by migrants to stolen land continue to expand, the two nearest settlements being Harsin and Kariat Arba. Two years ago the main road leading into the town was opened up so the settlers can come and gawk at the plight of Palestinians. However the Israeli Government refers to these outings as “tours.”