88 Palestinian houses to be demolished for Israeli park 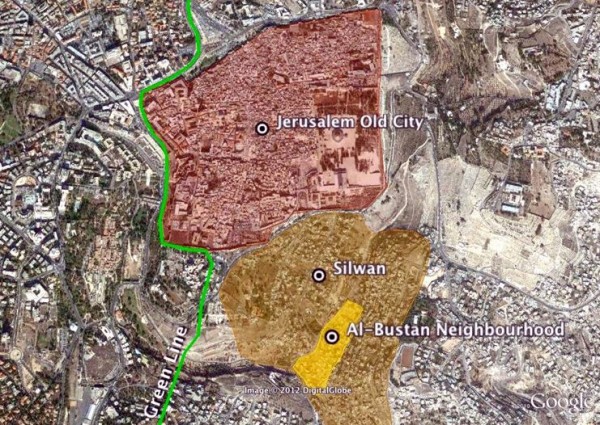 Palestinian residents of East Jerusalem continue to face an increased threat of home-demolition and forced eviction. The neighbourhood of Silwan, located to the south of the old city of Jerusalem, and with a population of over 50,000 Palestinians, is at particular risk. The city municipality, whose unilaterally drawn borders were established by Israel in 1967 when East Jerusalem was illegally annexed, plans to demolish 88 Palestinian homes in al-Bustan area in the centre of Silwan (see map below) to make way for the development of a so-called archeological park, known as King David’s Garden. If the plan goes forward, more than 1,500 Palestinians will be left homeless and forcibly transferred.