In 2004 Amal Jamal was sentenced to 12 years in Israeli prison. A year later the Palestinian woman from Nablus was diagnosed with ovarian cancer. Today from a hospital in Nablus she awaits a decision from Israel authorities that will determine whether she will be permitted to travel outside of Israeli controlled territory to receive medical treatment. 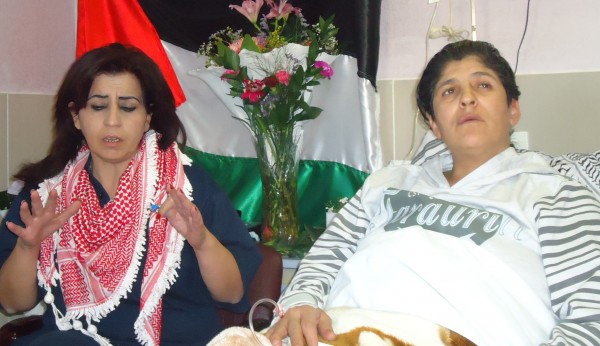 In 2005 Jamal began to suffer from severe pain and bleeding as a result of her illness. Yet she received little treatment from the Israelis. She was given only medication for pain and an unidentified sedative that affected her mental stability. Her diabetes went untreated altogether resulting in later complications.

After suffering more than four years Jamal was transported to Hiafa where she underwent surgery for her cancer. But the surgery was unsuccessful.

Last month Jamal was released by the Israelis as part of a deal between Israel and Hamas where 1,027 Palestinian political prisoners were released in exchange for Israeli soldier Gilad Shalit.

Jamal has refused further treatment within Israel and is instead awaiting permission from the Israelis to travel to France via Jordan to receive medical attention.

Wahed Rejol is a volunteer with International Solidarity Movement (name has been changed).