A 29 year old man was killed by the Israeli Occupation Forces yesterday, Thursday 22 October, outside Awarta village in the southern region of Nablus. Mohammad Abed Ar-Rahman Qawariq suffered a violent death when he was thrown from his car as it was rammed by a military jeep.

Mohammad, 29 years old, was born and lived in Awarta and worked as a labourer in Israel. He leaves behind a widow and two children, one of 2 years and one of 3 months. At 4pm yesterday he drove to meet his family in their olive groves along a small road (used exclusively for farming purposes and until now has always been accessible to Palestinians) to the east of Awarta and passed two Israeli military jeeps. According to eyewitnesses, the jeeps took off after him, the first immediately attempting to ram his car from behind. The chase continued only about one kilometer further down the dirt track before soldiers fired four shots at the car’s tires, forcing Mohammad to slow quickly or come to a complete standstill, at which point he was rammed a second time by the jeep. This second collision launched Mohammad through the windscreen of his car to where he lay on the ground, convulsing and evidently still alive, as blood poured from his head.

Approximately 20 Palestinian farmers, who were working nearby and heard sounds of the crash, approached the area and witnessed Israeli soldiers, having exited the jeeps, kicking Mohammad’s legs and screaming for him to get up whilst he lay helpless on the ground. As the farmers drew nearer hoping to help him, they were forced back at gunpoint while the soldiers refused to administer first aid themselves. When asked what had happened, the soldiers repeatedly claimed to have ordered Mohammad to stop, and when this was ignored they forced him. One hour passed before an Israeli military ambulance arrived on the scene, and attempted unsuccessfully to resuscitate Mohammad. A Red Crescent ambulance arrived a few minutes thereafter from Awarta. The senior military officer present then refused to claim knowledge of the criminal act taken place, and when an army paramedic inquired as to who had been driving the jeep he was rebutted and ordered not to ask. Red Crescent paramedics subsequently attempted a second resuscitation but after an hour of intentional IOF neglect it was much too late to save Mohammad, and he was declared deceased at the site of the crash.

This senseless act of murder highlights the dangers faced constantly by Palestinians trying to live their lives under the illegal occupation of their lands. The Israeli Occupation Forces do not hesitate to handle even the slightest irregularity on the side of the Palestinians civilians with the use of excessive force, and when obvious crimes, such as the one perpetrated this Thursday occur, there is little if any hope that it will lead to a criminal investigation. It has been proven time and time again that the Israeli establishment considers the paranoias of its soldiers and settlers to be much more important than the lives of the Palestinians. Awarta has suffered more than its share of harassment and suffering, this year as well as previous ones, and it is no coincidence – It is surrounded by Israeli settlements. When looking out from atop the village, one sees the settlements of Itamar to the east, Yitzah to the west and Bracha to the east. All of these are illegal under international law and are trying to swallow up more of the Palestinian land around them, making necessary the Israeli army’s presence to protect these criminal land grabs. The tragic killing of Mohammad was but one of the more extreme results of this situation. 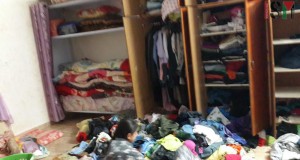 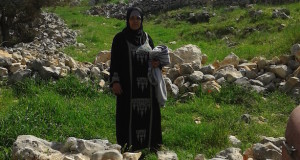 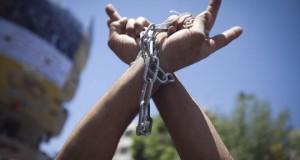 Released after over 10 years in an Israeli prison