On Sunday, July 12, at 1:30 am, a group of 40 Israeli soldiers came into the village of Awarta circling and raiding the home of 22 year old Izzat Qawariq right before the family was preparing to go to sleep. 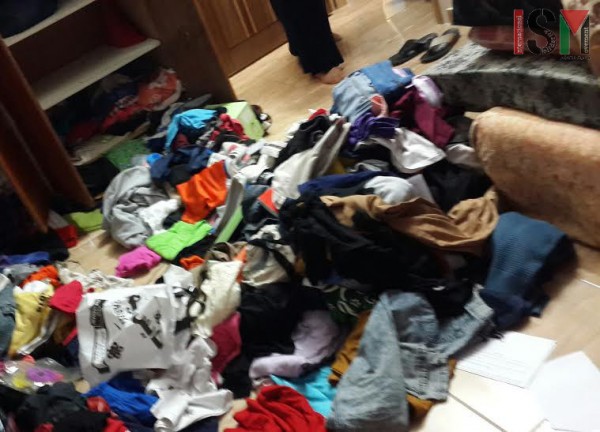 The wreckage left after Israeli forces raided the home. 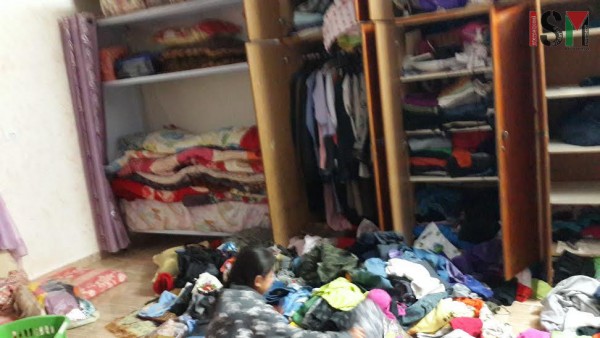 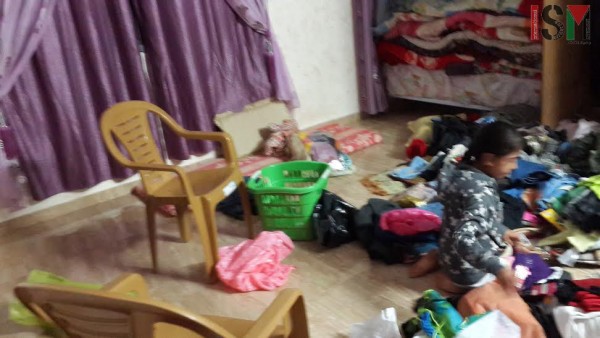 His cousin told ISM that the soldiers violently kicked the doors open with a gun, demanded the women and men to stay in two separate rooms, while they trashed, broke glass objects and searched through all the belongings of the house. They took both Izzat’s and his mother’s telephones, and Izzat’s medical papers for the eye treatment he was taking in St. John’s hospital of Jerusalem, as well as his permit paper to be able to travel to Jerusalem for his treatment. The soldiers kept the home under siege until 4:00 in the morning, without allowing the family to have their food according to the tradition of Ramadan.

Once the soldiers arrested Izzat, his parents were trying to persuade them to allow him to leave wearing his shoes; the soldiers reacted by hitting Izzat’s father with a gun, injuring his left wrist. His father told ISM that he decided to contain his anger in fear of worse violence and to avoid also being arrested. 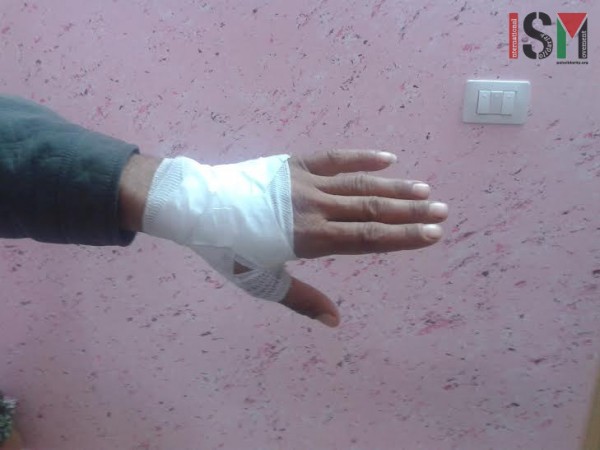 The hand and wrist of Izzat’s father.

Izzat’s family has no idea why they arrested him. He and his father would work with their truck plowing the land next to the illegal settlement of Etamar. Izzat has never been involved in a political party. The family also reported that this unit of soldiers was a new unit, called Dov Dovan, who wear special masks on their faces to scare the people.

That same night, during the same time of Izzat’s arrest, his cousin, Raef Qawariq, who currently lives with his wife in Huwara, was also arrested without charges in his home in similar violent conditions by a large group of Israeli soldiers. Raef, 27 years old, just got married two months ago and works as a designer in Ramallah, and like his cousin, has never been involved in a political party. There is no known reason as to why they were arrested. Both families called the Israeli human rights organization, HaMoked, to ask about them, but they were told to wait for them to call them back.

Awarta is a village in the district of Nablus, which suffers from Israeli soldiers night incursions on an almost daily basis. 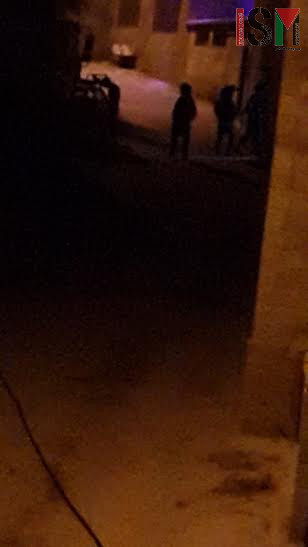 A dark photo of soldiers surrounding the home late at night.