Israeli forces imposed collective punishment on the village of Saffa, following an axe attack in a nearby settlement that left a Settler child dead and another injured. At around 1:30pm, dozens of soldiers entered the village, declaring a 24-hour curfew and preventing residents from leaving their homes. Israeli authorities have said that the military operation was in response to the attack on the settler children, which occurred in the settlement of Bet Ayn, located adjacent to Saffa. However, the Fourth Geneva Convention prohibits acts of collective punishment against civilian populations.

After the curfew was declared in Saffa, Israeli forces began conducting several house-to-house searches. Hundreds of men, and boys over the age of 15, were forced into the village mosque where they were questioned by Israeli intelligence officers and had their ID cards checked. At this time, at least three villagers were placed under formal arrest and taken away in army jeeps. Several of the men detained in the mosque also had parts of their identification papers confiscated by soldiers, who never returned the documents. Israeli jeeps periodically drove through Saffa and the nearby village of Beit Omar, firing tear gas and rubber bullets. Dozens of Palestinian youth resisted the army incursion, at times responding to the invasion by throwing stones at the jeeps. 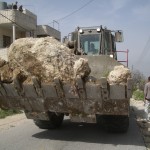 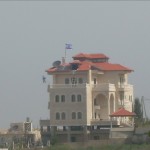 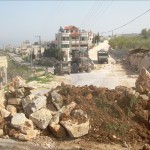 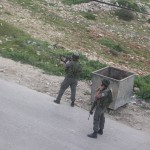 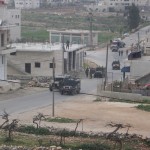 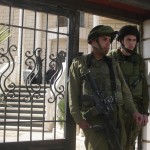 The army also took up position in three village residences, in two cases forcing their inhabitants to leave the house altogether without their possessions. Israeli flags were planted on the roofs of these houses. Several interiors of houses were damaged during the house searches. Soldiers occupying the houses told residents that they were positioning themselves in the village to protect Saffa from settler reprisals. Yet the curfew, road closures, arrests, house occupations, and military presence were clearly meant to punish the entire village for what happened to the two settler boys.

The Israeli army also used military bulldozers to close the roads leading into Saffa in at least three places. The villages of Beit Omar and Surif also experienced closures on their main roads in the form of earth mounds. The military gate at the entrance to Beit Omar remained closed for more than 24 hours. The closing of roads in these three villages affected around 30,000 residents. Additionally, several hours after the attack on the settlement, a checkpoint was installed on the main road between Bethlehem and Hebron, just in front of the village of Halhul. Traffic quickly backed up as hundreds of cars had to undergo security checks.

On the following day of 3 April, a large military presence still remained in Saffa, and most roads in the area continue to be closed. At around 9am, villagers removed an army earth mound between Beit Omar and Saffa. The army returned to build the roadblock again, only to clear the road a few hours later and build a new roadblock on another street. All three houses continued to be occupied by soldiers, though the residents who have been forced to leave their homes have been allowed to retrieve some of their personal belongings. Two taxi drivers in Beit Omar also had the keys to their cars taken by the military and not returned.