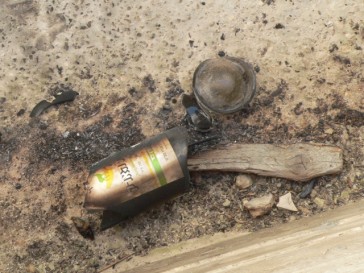 The main roads into and out of Nablus were blocked by settlers, as were Huwwara, Beit Iba and Beit Furiq checkpoints, leaving many Palestinians stranded for hours. Settlers also blocked roads and attacked Palestinians in the villages of Huwwara, Burin, Al-Funduq, Turmasayya, and the old city of Jerusalem. The main road from Nablus to Qalqilia was blocked on Thursday night, only partly opening on Friday, with the section from Nablus to al Funduq closed by Israeli soldiers throughout Friday. Roads between Kufr Laqif and Jinsafut in Qalqiliya region; and Deir Istiyia to Haris in Salfit region were also closed due to settlers stoning Palestinian cars. 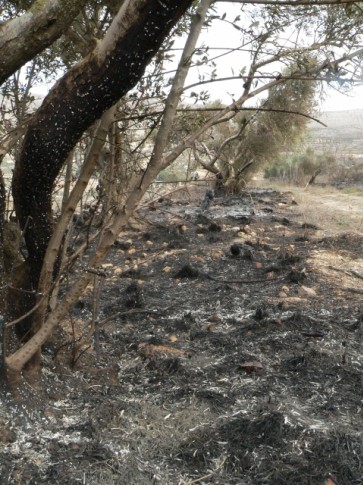 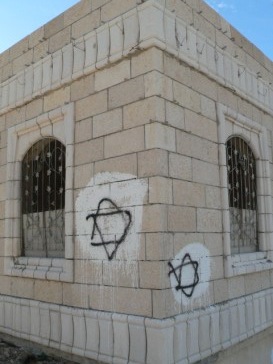 In Assira al Qibliya, a village in the southern Nablus region notorious for attacks by settlers from neighbouring Yizhar settlement, settlers fire-bombed the Jamal family house, setting fire to various parts of the house including the bathroom. At approximately 9:20pm on Thursday night, at least 5 molotov cocktails were thrown at the house. The family, who were not home at the time, returned to find the outside and upper parts of their house burnt; a house full of smoke and smashed windows. This is the second attack by settlers on this family home in 3 days, with settlers setting fires in front of the house whilst the family was inside 2 nights before. Israeli police, who arrived later at the scene, appeared to do nothing in response to the attacks.

In the village of Beit Furiq, east of Nablus city, settlers opened fire at the checkpoint at approximately 6pm on Thursday night, shooting into the air and stoning Palestinian cars, while Israeli soldiers stood by passively. The settlers were only stopped when they tried to enter the village, with soldiers preventing settlers entering more than 200 metres into the village. The following day, however, at approximately 4pm, settlers from the Itamar settlement opened fire on Beit Furiq farmers in their olive groves. All farmers escaped uninjured.

In Azzun in Qalqiliya region, settlers, having entered the village a few days prior to desecrate the mosque, spray-painting “Death to Arabs” and “We will do to you what we did in Hebron”, again tried to invade the village, but were stopped at the main gate by Israeli soldiers.

In An Nabilias and Kufr Laqif, villages near Azzun, settlers also desecrated the mosques there a few days earlier, insulting Islam and the prophet Mohammad. On Thursday 4th the settlers returned to these villages to stone cars. 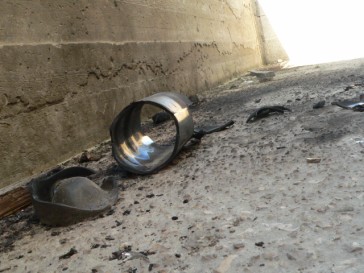 At approximately 3pm on Thursday near the village of Turmas’ayya in Ramallah region, the Israeli army established a flying checkpoint, allowing settlers to then stone the more than 100 cars waiting in the queue. Settlers also set fire to Turmas’ayya olive groves, destroying an as yet unknown number of trees, as villagers are prevented from entering these lands without Israeli army coordination.

At 12pm, settlers entered Turmas’ayya, attacking one house, breaking many windows while the family slept in another room. Settlers also attacked an empty house 100 metres from the main road, while the Israeli army stood by, doing nothing to prevent the attack.

In the village of Huwarra south of Nablus, settlers blocked the road, throwing stones and bottles at Palestinian cars. Settlers also threw rocks and bottles at cars near Haris and Deir Istiya.

In the village of Burin, approximately 120 extremist settlers from the Yizhar settlement, attacked Palestinian villagers. The settlers threw stones at dozens of Palestinian cars and set fire to olive groves. One fire raged for over 2 hours, as the Israeli military prevented Burin’s firefighters from arriving at the scene. The settlers also threw burning tyres at one Palestinian family’s house.

After confrontations with Palestinian youth and Israeli military, settlers were forced from the scene, only to return later in the night. The group of approximately 10 settlers walked down from Yizhar to the soldiers who were still stationed at the junction between route 60 and the road leading up to the settlement. After talking with the soldiers, the settlers walked up the hill to the closest Palestinian house, that of Ahmad Soufan, and began once again to throw stones at it. The dozens of soldiers and numerous military vehicles failed again to intervene until international human rights observers called the DCO (District Coordination Office) saying that the house they were in was being attacked by settlers.

But the Israeli military, rather than respond appropriately to the settler attack, invaded Ahmad’s house. The army woke up all the small children who were sleeping (the youngest 20 days old) and forced them into one room of the house. The family was held captive in the house and were prohibited from making or receiving phone calls. The army continued to occupy the house until 2am the next morning. Although the Israeli army claimed they came to protect the Palestinians, settlers were allowed to roam free while Palestinians were persecuted still further.

Rami Najar, a taxi driver from Burin was driving through Jit, when his car was attacked by settlers throwing rocks. One of his passengers, a woman from Burin, was injured in this attack. Rather than arrest the violent settlers, obviously responsible for the confrontation, Israeli military authorities instead pulled Rami from his car when he attempted to continue driving through the throng of settlers. Soldiers detained him for 15 minutes, with 3 soldiers punching, kicking and beating him with their guns, before allowing him to continue driving.

In the village of Haris in Salfit, one driver was surrounded by Israeli soldiers pointing their guns at his car after being stoned by settlers. The soldiers only backed-off at the intervention of an international human rights worker.

Israeli military have also implemented curfews in Palestinian villages as a result of these attacks, although no curfews (a clear violation of international law) have been reported from any of the illegal Israeli settlements. The main road of the village of al Funduq in Qalqiliya region was placed under curfew on Thursday 4th, with all shops forced to close and residents return to their homes. One resident reports that Israeli soldiers advised villagers the curfew was imposed “In case settlers come here”. An Nabilias in Qalqiliya was also placed under curfew on Thursday 4th in the wake of the settler attacks there.

In other cases the response of the Israeli military has largely been that of passive complicity. The settler rampage has been allowed to continue unchecked, with just a few examples of soldiers keeping settlers out of Palestinian villages.

The rationale for this inaction was explained to the Jamal family after the most recent attack on their house. “They are our sons”, the unit commander told him. “What do you want us to do?”.

Two days after settlers attempted to block Huwwara checkpoint, Palestinians are still denied entrance into Nablus via the key checkpoint. Israeli soldiers now, rather than Israeli settlers, block the main entrance to Nablus. As Ahmad Soufan says, “I think the Israeli settlers and the Israeli army are working together.”
As part of its attempt to appear to “crackdown” on ultra-right wing settler extremists, on Thursday 4th December, the Israeli army finally carried out the Israeli supreme court ruling to evacuate one settler-occupied but Palestinian-owned house in Hebron. Although the Israeli authorities received the order to evacuate the illegal settlers more than two weeks ago, Israeli military officials, expecting a settler backlash, waited until precisely the time when most Palestinians would be out of their houses to carry out the command. On the Thursday before the Muslim holiday of Eid, the Festival of Sacrifice, one of the busiest days of the year in Palestine, the Israeli army acted, and as expected, settlers retaliated with violence against Palestinians.