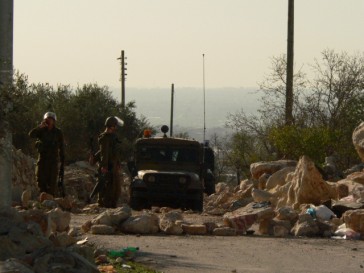 Protesters confronted soldiers with chants and flags for over half an hour, before demonstrators dispersed. Local youth, however, objected to the Israeli army’s continued presence in the village with rock-throwing, which sparked a barrage of tear gas, sound bombs and rubber-coated steel bullets, as soldiers invaded the village. Two people were injured by rubber-coated steel bullets; another broke his leg falling whilst running from soldiers’ fire; and many more suffered tear gas inhalation as soldiers randomly fired gas into narrow alleys of the village. 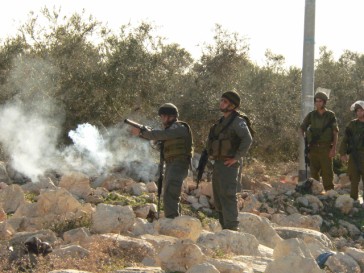 After initially retreating back into the village, Palestinians were then able to drive the Israeli soldiers back in an attempt to reach the Wall. Palestinians continued to show their resistance to the Apartheid Wall and Israeli occupation for over 3 hours. 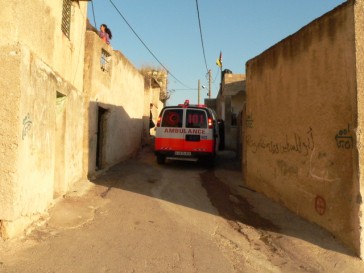