New
Home / Reports / Many injured in mass demonstration in Ni’lin

Many injured in mass demonstration in Ni’lin

An estimated 400 Palestinians, internationals, Israeli activists and world media marched on the construction of the illegal apartheid that annexes much of the village of Ni’lin’s land.

The non-violent demonstrators, who were peacefully walking towards the wall were prevented by the Israeli army who shot at the group with teargas, sound bombs, rubber bullets and live ammunition from a distance. Those demonstrators that made it near to the construction site were brutally beaten by soldier wielding batons and using rifle butts as weapons. 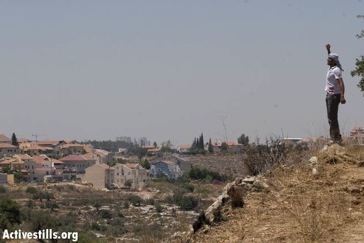 One 70 year old American working with the Christian Peacemaker Team was shot in the lower back by a rubber bullet. Six Israeli activists were severely beaten by batons, one activist was rifle butted in the head, another suffered injuries that will disable him for a week caused by a baton-wielding Israeli boarder guard, two others had their hands broken and another was hit in the head by searing hot teargas cannister that was fired as a projectile weapon. The latter needed several stitches. 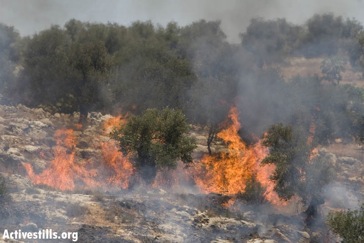 As the protesters were dispersing, the Israeli army continued firing rubber bullets and multiple tear gas canisters into the crowd containing children and the elderly. The hot canisters caught fire in the dry grass of the farmers orchards and quickly spread. Protesters tried in vain to quell the , the Israeli continued to bombard the makeshift fire rescue teams with more tear gas, starting new fires. By the time the fires had been put out more than fifteen trees were burnt beyond salvation. This is the worst in a long series of Israeli acts violence towards the villagers on Ni’lin who have suffered an illegal occupation, curfew and land-grab by the state of Israel. 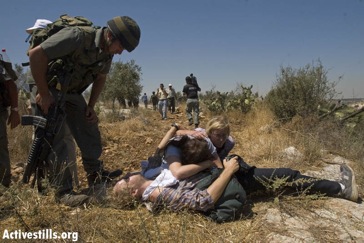