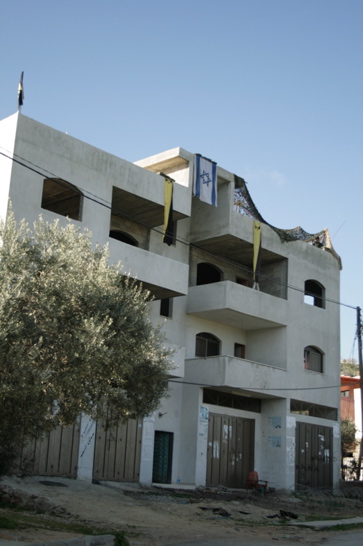 On Tuesday the Israeli army occupied a Palestinian house in the village of Marda, near Nablus.

At 1 am the army entered in the house of Chazi Zaki Kuhffash, a 72 year old man. He lived in the ground floor of a half-constructed building which has three floors. The army arrived in three jeeps and about 40 soldiers. The checked his house four times and then stayed on the roof, the highest point on the main street of Marda. They raised flags of their military group and the Israeli flag in the front of the house. They said to Mr. Chazi that they are going to stay there for a few days, and that they would allow the family to enter or leave the house, but no one else, then they stole their cellular phones. The women stayed in the house all the time, but Mr. Chazi and his son went out for food and essential things.

The army also closed the main gate of Marda from 7 am to 10 am. No one could leave or enter the village. The people waited there for three hours trying to get to their jobs. 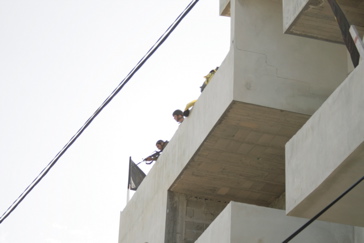 In the morning when the neighbors got close to the house the army started to throw sound bombs and shot in the air, they kicked at the women, and threw tear gas in the house beside, where eight children between 1 and 13 years old were preparing to go to school. They cut off the electricity to all of the village. Marda was left without electricity until 6 pm. The jeeps came into the village all day, while the soldiers patrolled the village. A 64 year old man was detained in the street for walking without explanation, the army took him to a near base where later he was released.

At about 10:30 am, when the international Human Rights Workers arrived, a crowd of people were gathered outside the occupied house. The soldiers shouted at the crowd to go away and began throwing sound bombs in the middle of them without warning. After, they went out into the street pointing their guns at the villagers and shooting in the air, shouting at them that they have to get out of there. Half an hour later three more jeeps with about ten soldiers arrived at the occupied house. 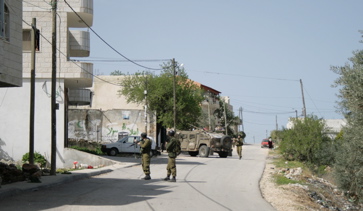 During the day the soldiers shot sound bombs, rubber bullets and live bullets at children, who responded by throwing stones. All day the people of Marda watched how the IOF came into their village, shooting and chasing their children. As of yet, no one has been injured.

At about 7:30 pm, after patrolling the village, the army came back to the occupied house with three youths that were walking in the street that they accused of throwing stones. After that the army arrested one more youth who was walking near the occupied house. The four youths were Faraz Jammal Hofash, 24 years old, Tawffil Khuffash 24 years old, Rafig Khuffash 18 years old and Nassir Kuffash 17 years old. 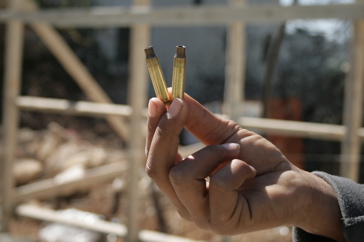 The soldiers tied their hands in the back and blindfolded them. It was a very cold night and the boys were in the front of the occupied house for two and a half hours, sitting in the floor. Then a jeep arrived and the army took them to Hawara. Until now they haven’t been released. The soldiers said that they would leave the house when no one threw stones in the road near the main gate.

The house of Mr. Kuhffash is still occupied and the people of Marda are concerned about the army in their village.