By DAN IZENBERG
Brian Avery, the American human rights activist who was shot in the face and badly wounded in the West Bank in 2003, took the stand for the first time since the incident in the opening hearing of a civil suit in Jerusalem Magistrate’s Court on Thursday that he filed for damages against the state. 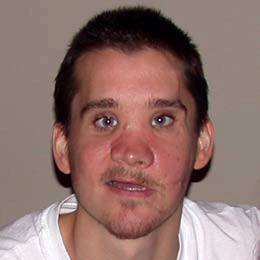 Avery, 29, was shot on April 5, 2003 in Jenin when he and several other members of the International Solidarity Movement (ISM) went out to investigate whether there had been casualties that needed medical help after hearing gunshots.

He charged that as he and a colleague, Tobias Karrson, were heading towards the meeting place with the other four ISM volunteers, they ran into an IDF patrol consisting of an armored personal carrier and a tank. According to his account, he and Karrson stopped in their tracks and held out their arms to demonstrate that they were not armed. They were also wearing red reflector vests with the word “doctor” in English and Arabic. Avery said that despite the fact that there was still light and the street lamps had already been turned on, the APC opened fire, hitting him in the face, smashing his jaw and the bone beneath his eye and severely disfiguring him.

Until last year, and then only because of the intervention of the High Court of Justice, the army refused to conduct a criminal investigation on the grounds that there was no IDF record of a shooting incident taking place at the time and place claimed by Avery and the other five ISM volunteers who said they had witnessed the incident.

According to an investigation conducted by the commander of the Menashe Brigade, the patrol had been involved in four clashes with civilians during that day. Although one took place close to the site of the shooting described by Avery, and the soldiers reported firing eight to 10 rounds, they said they had aimed at the road and did not report any casualties.

Avery petitioned the High Court of Justice on December 12, 2004, demanding that the Military Criminal Investigation Division investigate the incident. On November 27, 2006, after the court had issued a show-cause order instructing the state to explain why it refused to do so, the state caved in.

“The Military Advocate-General believes there is no reason to change his predecessor’s decision not to order a criminal investigation,” it told the court. “Despite this, and in order to remove any doubt regarding the seriousness of the army’s field investigation, the Military Advocate-General has decided, above and beyond the call of duty, to order the Military Police to launch an investigation.” Meanwhile, however, Avery also launched a civil suit for damages against the state for the injuries and suffering he sustained.

Although Israel funded Avery’s recuperation and operations in Israel, it has not paid for any of the extensive reconstruction work done on his face after he returned to the US.

Avery arrived here on Sunday together with three of the ISM volunteers who said they had witnessed the shooting, Lasse Schmidt, Ewa Jasiewicz and Jens Grandin. The four testified before Military Police investigators and on Tuesday went to the site in Jenin to reconstruct the incident.

Avery told The Jerusalem Post that the investigators had behaved “very professionally and were courteous and accommodating.” On Thursday, the civil trial began, with Avery being represented by Attorney Shlomo Lecker.

The court has divided the suit into two parts. In the first part, which is taking place now, it will determine whether the army was responsible for shooting Avery. If it decides that it was, it will determine the amount of damages Avery should receive.