Update, 24 April 2007 Residents of five of the houses have relocated before the imminent house demolitions. At least two families are staying in their houses, refusing to leave. One resident has stated, “I will not leave my house! I will be here when the bulldozers arrive, and I will rebuild my house as soon as they (the army) demolishes it.” International and Israeli solidarity activist have been arriving in Al Hadidi over the past couple days. 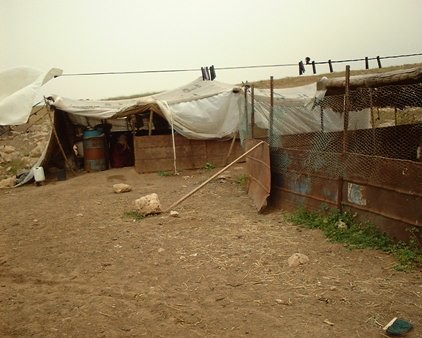 Military authorities have ordered the demolition of bedouin houses in the Al Hadidi area close to the illegal settlement of Ro’i, near the Al Hamra checkpoint, in the Tubas Region.

Families have lost their case against the demolitions in the Israeli Supreme Court and the 131 residents have been told to move by 21st April. 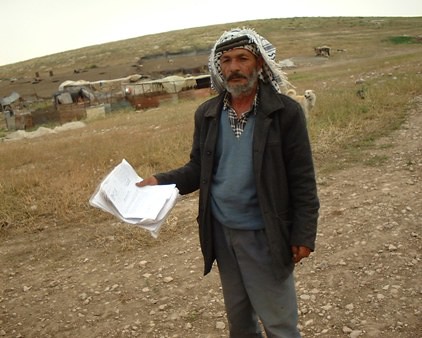 Eight dwellings, lived in by fifteen families, are planned to be demolished leaving residents homeless. One resident has already had his home demolished four times since 1999.

Al Hadidi is a simple bedouin camp comprising of shacks made of fabric and wood and metal sheds for livestock. The military plan to completely demolish it and have told residents to move to Tamoun, leaving the area around Al Hadidi free for the settlers of Ro’i to annex.

Several families own hundreds of dunams of agricultural land, mainly used for growing wheat, in the area. They are concerned that if they are forced to move they will be unable to access their land in the future.

Some residents plan to stay on the land despite the demolitions. They have been in the area since before 1967 but have been subject to constant harrassment in the last years. Since the Oslo ‘peace process’ Al Hadidi has been in Area C, under Israeli military and civil control, and Palestinian ownership has become more precarious. Now the courts, and the authorities, are using this precarity to transfer Palestians out of the area.