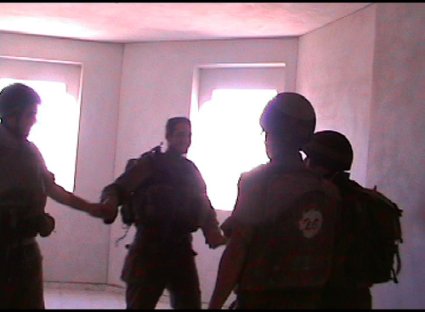 Carrying out a mission?

Click here to view a video of these events.

At approximately 2pm on September 24th, human rights workers (HRWs) in Tel Rumeida discovered that there were six Israeli soldiers occupying an uninhabited floor of a Palestinian family’s home.

When asked by HRWs what they were doing there, the soldiers replied they were “observing”. However, most of their time was spent giving monologues to the camera in Hebrew, lounging around on the floor of the apartment, dancing, and singing loudly and making a nuisance of themselves for the unhappy families living below.

After about an hour of antics and showing off for the camera, the soldiers left. 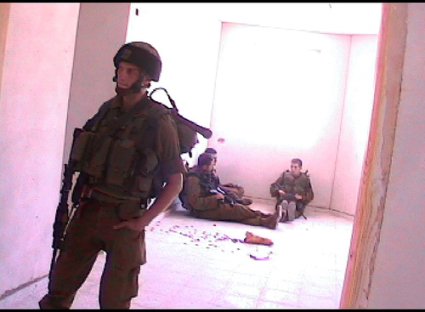 The family told HRWs that the soldiers come frequently to use the roof and the top floor of the house as an observation post and have shot at nearby houses from the roof in the past. 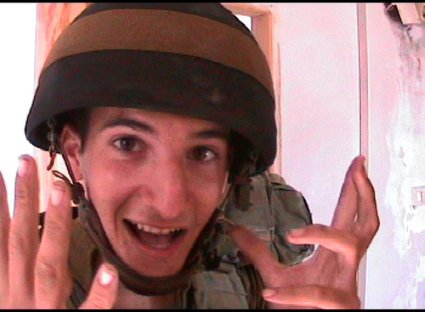 Defending the state of Israel?

HRWs noticed members of TIPH* outside the house as they left, following the soldiers.

* Temporary International Presence in Hebron, the non-UN civilian observation organisation brought to Hebron after the Ibrahimi Mosque massacre in 1994. For more information see their website: http://www.tiph.org