Shavei Shomron, an illegal Israeli settlement located to the west of Nablus in the West Bank has advertised a tour of Nablus old city, Tel Balata and Joseph’s Well on the coming Tuesday evening – the 30th of January. According to the advert, the event will start with a meeting in the illegal settlement, before the tour begins at 10.30pm.

Whilst the advert claims that the intention of the meeting and excursion is to learn about the impact of the 1927 earthquake on Nablus’ development, the reality is that these events are excuses to incite violence and increase tension in the community. According to international law all West Bank settlements are illegal and Palestinians face increasing violence at the hands of the settlers, yet their infractions are rarely punished. 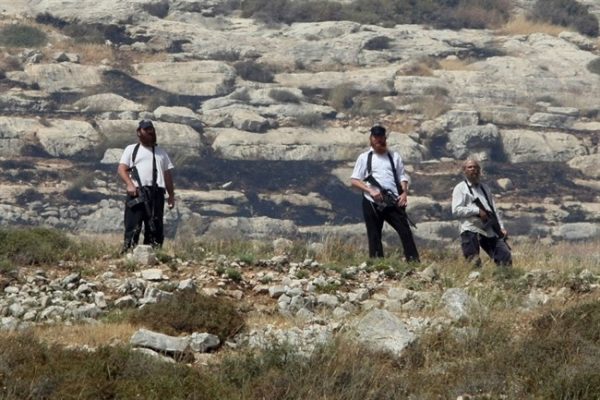 A similar excursion took place in November, when around twenty settlers were walking by Qusra village and shot a Palestinian man, Mahmoud Odeh. There are differing accounts of what occurred – the settlers claim that it was in self defense as they were attacked by stone throwers. The Palestinians say that it was a result of Odeh’s refusal to move from his land, which the settlers desired to walk through. In reaction to the attack, the village was shut down by the IDF for a number of days, and twenty Palestinians were arrested, one named Muhammad Wadi, has been charged with attempted murder. Despite the escalation of violence and claiming that they feared for their lives, the settlers insisted on returning a week later to finish their ‘walk’, this time with a heightened IDF presence and members of the Israeli Knesset; Agriculture Minister Uri Ariel and Deputy Minister of Foreign Affairs Tzipi Hotovely.

Unsurprisingly, there have been no repercussions for the settler who killed Mahmoud Odeh, the killer is is suspected of causing death by negligence, but settlers have rarely been prosecuted for their actions in the West Bank. Yesh Din found that just 85% of investigations into such cases (including violence, arson, damage to property, etc) ended without further action, and that the conviction of an Israeli civilian for their actions towards a Palestinian, were just 1.9%

The insistence of the settlers to return to Qusra, despite the bloodshed there, is sadly to be expected. Movements into Palestinian owned land are intended to anger and upset, intentionally causing fights and disagreements in order to collectively punish the Palestinian community and take land and destroy families. In the upcoming ‘tour’ of Nablus, we must be aware that the intention is to incite conflict and use it for political gain, as has been their tactic so frequently in the past.