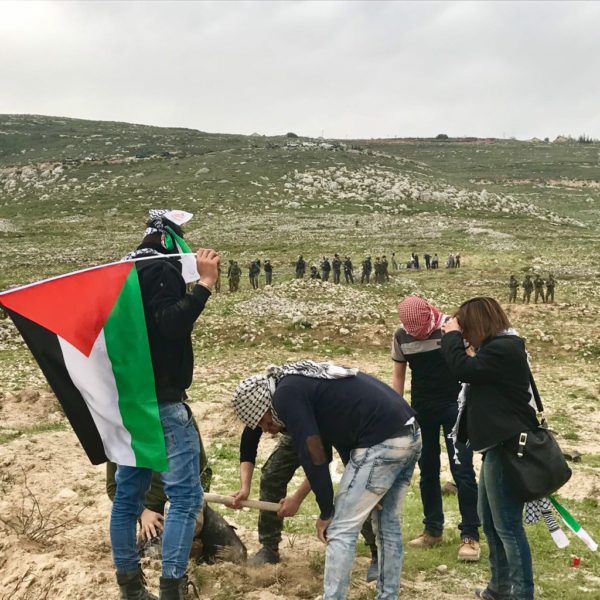 Thursday the 30th of March was Land Day, a day in which Palestinians and their supporters commemorate the loss of huge amounts of land, stolen by the Zionist colonisers in 1976. In Madama village, in the Nablus area, around 300 Palestinian activists with some internationals marched to the outskirts of their village to plant olive trees on village land which has been stolen by the extremist illegal settlement Yitzhar. This non-violent action came under heavy attack by the Israeli Forces with more than 45 people shot with rubber-coated metal bullets and many more suffering from tear gas inhalation.

At around 12pm the march set off from the centre of Madama with many people carrying flags and singing songs, including women, children and men. After climbing a steep street up onto the fields at the edge of the village people began to plant olive trees. There were Israeli Army vehicles and around 20 heavily armed soldiers waiting for the demonstration on the hillside. As people began to plant olive trees the soldiers started to shoot tear gas and rubber-coated metal bullets without any warning. Despite this repression, people continued to plant trees and a small group of people responded to the tear gas and rubber-coated metal bullets with stones. 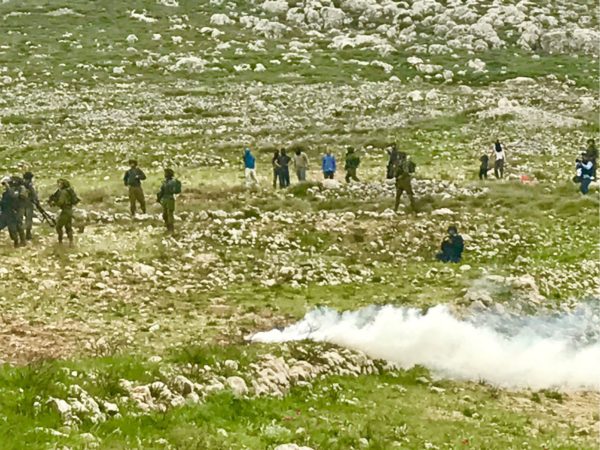 Over the next two hours or so, the Israeli forces became more and more aggressive firing rubber-coated metal bullets at anyone who was there, often at head height. If someone was injured and on the floor they would fire upon them again and at the people coming to rescue them, even if they were clearly marked as medics. According to the Red Crescent at least 45 people were injured by rubber-coated metal bullets throughout the demonstration. An activist from ISM was also shot with both a rubber-coated metal bullet and hit with a tear gas canister upon their lower legs whilst providing medical support to the injured.

Extremist settlers from the illegal settlement of Yitzhar also came to attack the demonstration with stones. They were held off by the people of the demonstration and after talking to the army sat and watched the Israeli forces fire upon unarmed demonstrators. 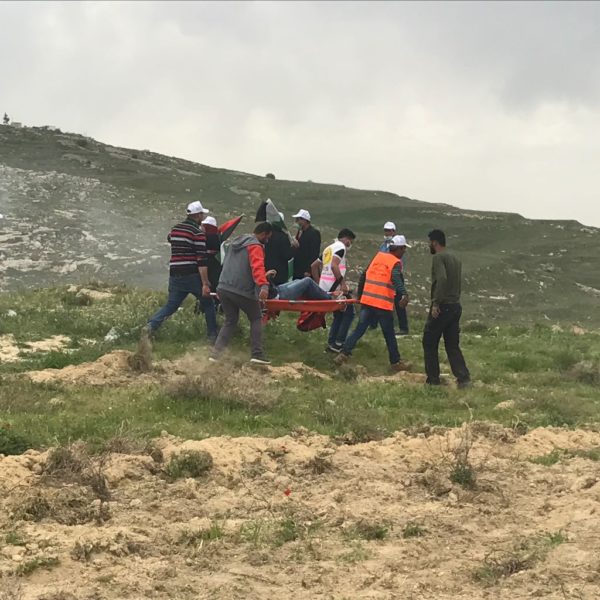 Despite this extreme repression of a group of unarmed demonstrators, people did not leave until all the trees were planted, demonstrating that this is their land and they will not be threatened into not using it.

The villages around the illegal Yitzhar settlement have suffered a huge amount since it was set up in 1983. The extremist inhabitants of this settlement regularly attack Palestinians with impunity, sometimes even killing them. They regularly intimidate Palestinians off their farm lands, attack buildings and lands in the local villages, throw stones at Palestinian cars, and, block roads, these attacks are done with the protection of the Israeli Army. Yitzhar is just one example of the over 196 illegal settlements built throughout the West Bank, supported by Israel, but deemed illegal by the international community. 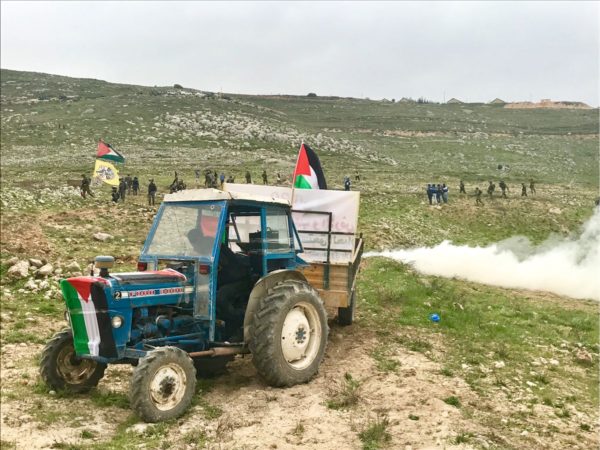