On 31st October international activists joined a Palestinian farmer and his family in Kafr Qalil to pick their olives. There was no interruption during the harvest this day, but there was a strong sense of pressure that is always present for Palestinians living under Israel’s illegal military occupation. The land that was worked on is between the il­­­­legal Israeli settlement Bracha and the road that leads up to the settlement. The family has been attacked and physically assaulted by settler colonists from Bracha in the past. 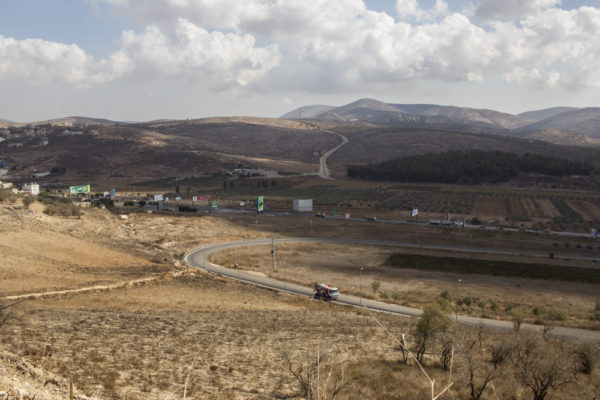 The main road to Nablus in-between the two Israeli apartheid roads. The road in the foreground leads to Bracha illegal settlement and the road seen above the main road leads to Elon Moreh settler colony.

The farmer reported that he was only given 6 days of permission by Israel to finish harvesting his own land, but said that he would need at least 20 days to be able to pick the olives from all of the around 300 trees that he owns.

Farmers in the village of Kafr Qalil have been targeted in settler attacks over several years. There have been various reports of settler colonists stealing crops, farming equipment, animals and throwing rocks at the Palestinian families as they harvest. Israeli forces have also repeatedly stopped farmers from reaching their land. 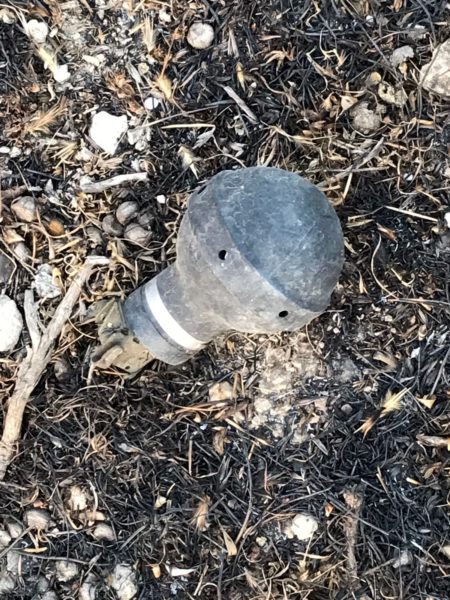 The village has also lost land to the illegal settlement Bracha and its outpost, both of which are built on land that belongs to Kafr Qalil and the nearby Palestinian village of Burin.

In May 2013 Israel issued a military order that confiscated a further 3.55 dunums of land that belongs to Kafr Qalil in addition to the many dunums stolen over the years to establish and spread the illegal settlements in the area as well as to be used by the Israeli forces.

Furthermore, Israel has confiscated land from Kafr Qalil to construct two bypass roads. One road links the illegal Bracha settlement with the nearby Huwwara military checkpoint and the other road provides exclusive access for settler colonists between the same checkpoint and another illegal Israeli colony, Elon Moreh. These roads can only be used by Israelis and Palestinians are forbidden from driving on them. The Israeli bypass roads are one example of the apartheid-like system Palestinians are forced to live with under Israel’s illegal military occupation. 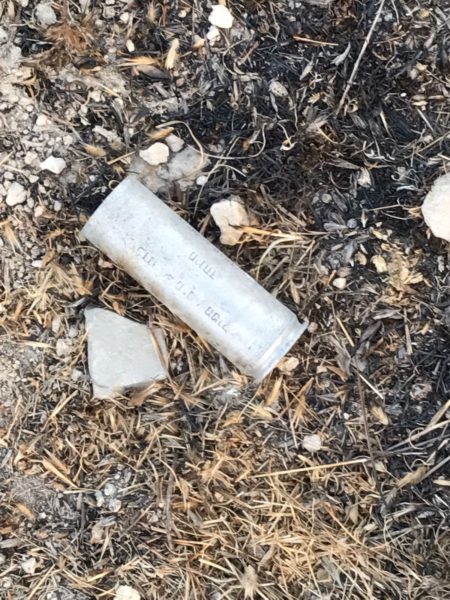 More teargas in the fields