Last Friday I attended a demonstration in the small town of Kafr Qaddum, situated in the Northern region of the West Bank, just west of the city of Nablus. In 1974 Israel began to illegally erect settlements in the nearby Keddumin area. In 2003 Israeli forces set up roadblocks, denying the Palestinian residents of Kafr Qaddum access to much of their land and to the main route leading to Nablus. This road closure increased travelling time to Nablus, and the hospitals and other amenities located there, by more than 30 minutes for the Palestinian residents of Kafr Qaddum.

Understandably aggrieved by this act of forcible encroachment, Palestinian residents entered into negotiations with their now Israeli neighbours to seek to have the route reopened. However, despite the roadblock being declared illegal in 2010, and after years of unfulfilled guarantees on the part of the Israeli occupiers that the road would reopen, the Palestinian residents began to demonstrate in opposition of the closure in 2011. The Israelis’ overhanded retaliation to these demonstrations involves the use of skunk water, tear gas, rubber-coated steel bullets, dogs and even live ammunition. Homes have also been destroyed with the use of skunk water, which leaves a stench so potent that houses are rendered uninhabitable. 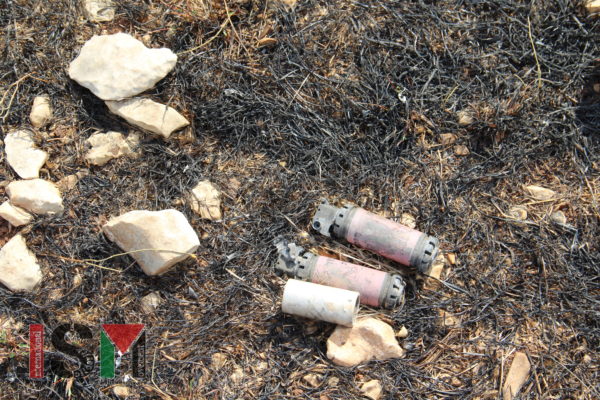 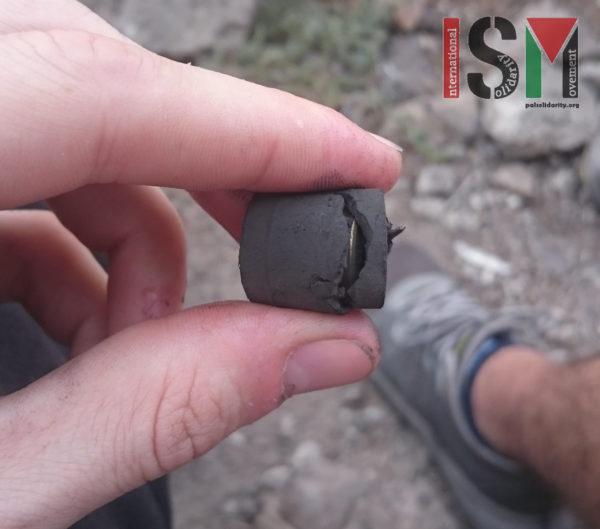 New to me was the knowledge that Palestinian farmers have to apply for permits to access large portions of their own land, which is now under Israeli control, in order to harvest their olives. This year however, as collective punishment for the weekly demonstrations, the Israeli authorities reduced the permit from 45 days to 7 days, time enough to harvest only a fraction of their land.

Present at the demonstration that day were Palestinian residents of all ages, journalists, and international and Israeli activists. After the noon prayer people began to gather and march down the road through which Palestinian movement is now prohibited. The mood was tense as only days beforehand settlers set alight a number of the olive trees belonging to Palestinian farmers, adding insult to injury as the list of injustices against these people grows even longer. 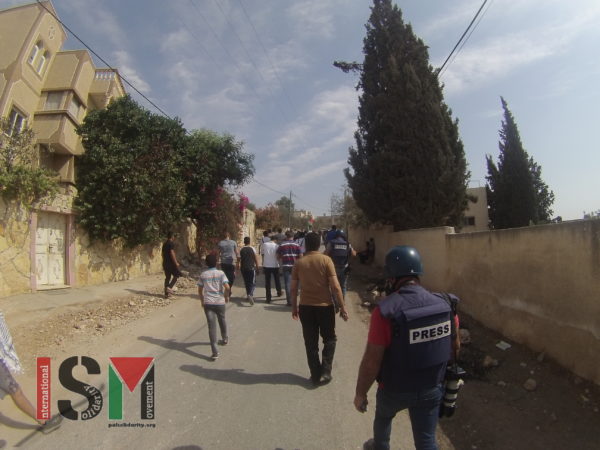 Demonstrators march in protest of road block which has been closed to Palestinians since 2003. 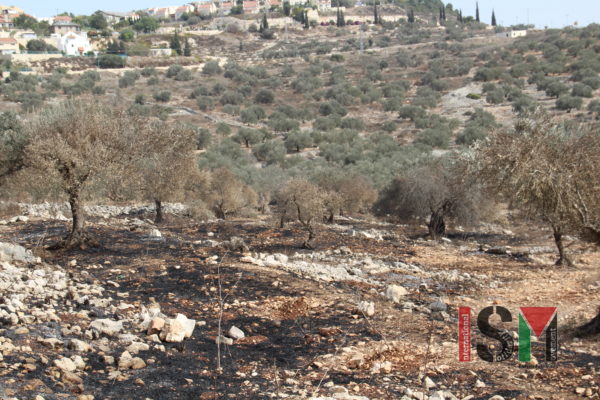 The scorched remains of olive trees burned by settlers that week.

However, despite feeling intense anger at these recurring acts of settler aggression, the protesters remained reserved in their action and did not retaliate in kind. Tyres were set on fire, the primary purpose of which is to create a smoke screen in order to protect protesters from sniper fire. Large plumes of smoke rose from the flames and travelled in a windward direction over the settlement to make known to its residents their discontent. But at no point was the settlement approached or was a single act of aggression enacted by any of the protesters present. Indeed, I am told this is common of all the demonstrations carried out at Kafr Qaddum. Violence only erupts when the army comes out to face the protesters in large numbers, answering stones with rubber-coated steel bullets or worse. Only two weeks previous a journalist was struck in the head with a high-velocity tear gas canister shot from a distance of 400 meters, shattering the helmet that undoubtedly saved his life. Thankfully, on this occasion, the army did not leave their base and the demonstration passed without incident. Afterwards I walked down to see the large patch of land and olive trees scorched by the settlers that week. I was struck by an overwhelming sense of injustice that such despicable acts of hatred could go unanswered. I wondered if I would be capable of the level of reserve shown by the Palestinians residents of Kafr Qaddum if I had suffered as these people have over so many years. 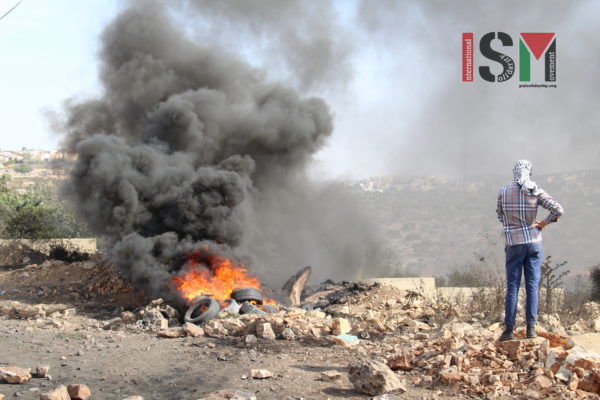 Clouds of smoke bellow into the sky as a mark of indignation to the occupation under which the Palestinian residents of Kafr Qaddum suffer.

These are a non-violent people, who have had a history of violence put upon them by Israeli settlers and the army that supports them. And yet this is not the story told by the media at large, presenting them to the world as warmongering terrorists. I have seen first hand that the only terrorists in this situation are those wielding armoured cars and riffles, not those whose only defence of their homes and livelihoods are the rocks they find at their feet.