Control and ID-check of Palestinians

Imagine yourself going to buy a few groceries, and before you leave you have to remember to take your passport with you. This is how it is for Palestinian people every day. Just the fact that you always have to have your ID on, shows clearly how controlled the Palestinian people are, and how there are huge difference on your rights, depending on what family they were randomly born into; Israeli or Palestinian.

Just imagine that soldiers can stop you any time, and there is nothing you can do about it. Not only constantly checked at checkpoints, but also randomly on the street. That’s called a flying checkpoint, and If the soldier is holding your ID you can’t go anywhere , it can be everything from minutes to hours, of them holding you from leaving.

Asking Palestinians how many times they have been detained, they normally don’t give a number, because its uncountable. When you are 16 you receive the ID, so if are younger than 16, but look older, the Israeli military can claim to see your birthday certificate. This is very humiliating, and its often just to show off their power. One of the Palestinian men explains how there is no doubt that it’s not for creating safety, but just pure harassment, when they take their IDs for hours without even checking it. A situation where they are without any kind of rights, and they face comments like:“Would you like to see your god” or “Are you hungry? You should eat something before you die”, which shows how they have no respect for them. And they express how powerless you can feel , cause you know they can do whatever they want without any punishment. 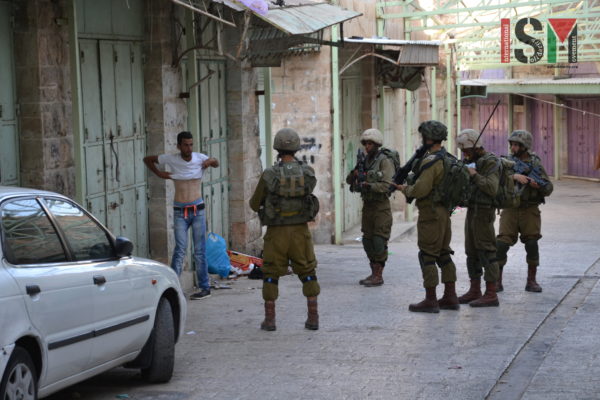