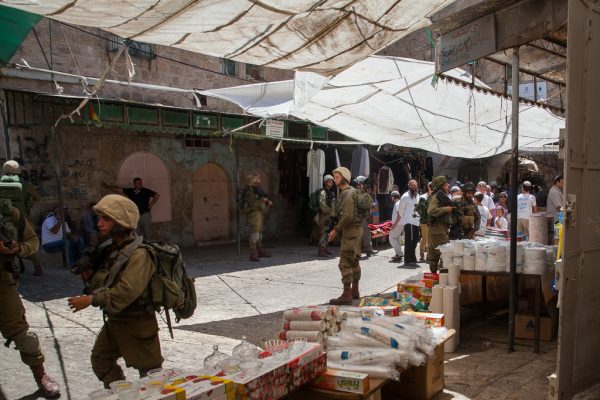 Approximately 100 settlers were escorted through the old city by over 30 soldiers. Israeli forces blocked access to some Palestinians who were attempting to walk through the market or were forced to wait for the large group to pass. 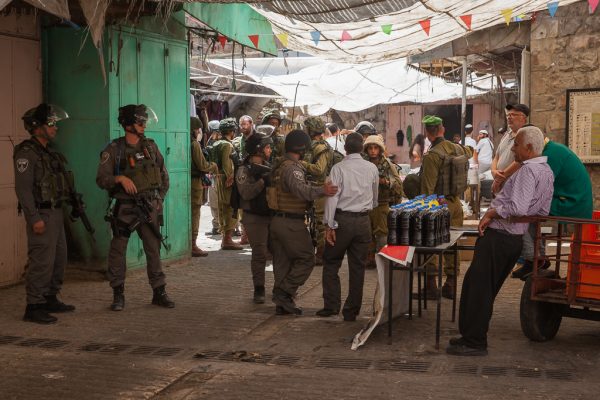 Palestinians being treated as second class citizens in their own home

Some settlers were openly carrying weapons with one man having what looked to be an M4 rifle slung over his shoulder. The settlers appeared to have no interest in buying any goods from the local vendors and the exercise seemed to be for the sole purpose of further disrupting Palestinian’s daily lives, intimidation and a show of force.

This is just another display of apartheid in Hebron where Palestinians have had their right to movement denied while illegal settlers are escorted through the streets by Israeli forces.