On 15th July 2016, a peaceful sit-in protest demanding the opening of Qurtuba stairs in occupied al-Khalil (Hebron) by Palestinians as well as Israeli and international activists was violently broken up by Israeli forces, leaving one Palestinian child injured and 4 activists arrested.

The peaceful sit-in protest was organised by Youth Against Settlements in coordination with the families denied access to their homes through the Qurtuba stairs. The stairs have been closed since 1st November 2015, when the whole area of Tel Rumeida and the tiny strip of Shuhada Street still accessible to Palestinian pedestrians, was first declared a closed military zone (CMZ). Despite the lifting of the closed military zone on 14th May 2016, many restrictions applying to Palestinian residents only, remain in place. 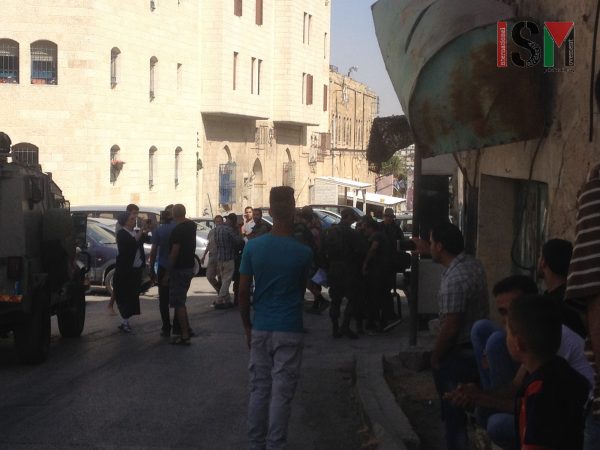 When Israeli activists from Ta’ayush challenged this closure and demanded that it’ll be implemented equally and thus for settlers as well – who are free to use the stairs whenever and however they please, without ever even being stopped – more soldiers and settlers gathered. This closure evidently constitutes illegal collective punishment and is an apartheid measure – as it is exclusively applied to Palestinians, but not to Israeli settlers or soldiers. The deciding criterion for whether or not the stairs are considered a CMZ for that specific person based solely on the ethnicity.

After a few minutes, Israeli forces ordered the Palestinian and international activists peacefully sitting on the side of Shuhada Street near the Qurtuba stairs to leave the area. Israeli forces thus ordered everyone to leave, claiming they’re no residents, while infamous and violent settler Ofer, living in the illegal Kiryat Arba settlement on the outskirts of al-Khalil was permitted to film and provoke the peaceful protestors, as was infamous female settler Tzippi.

Israeli forces, eventually, brought a CMZ-order not only for the Qurtuba stairs, but for the whole Shuhada Street and Tel Rumeida neighborhood. Whether or not this means a return to the dehumanization of Palestinians that previously during the CMZ have been degraded to a mere number, has yet to be seen. 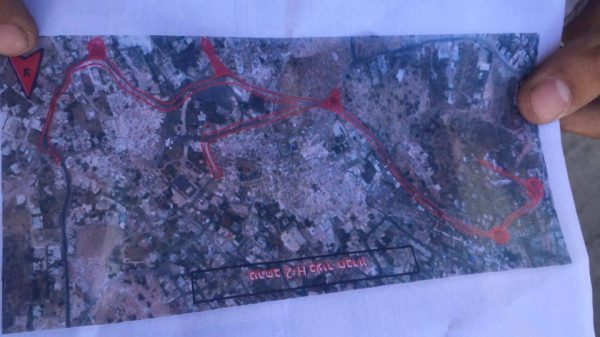 In the end, Israeli forces violently and aggressively arrested the 4 of the Israeli activists, violently pulling and dragging them from inside a Palestinian home. During this violent arrest, Israeli forces squeezed a ten year old boy between the wall and a metal door, and only let go once they arrested the Israeli activists. The boy, Marwan Sharabati, now suffers from pain in his leg, and at the moment is not able to walk normally, limping instead. 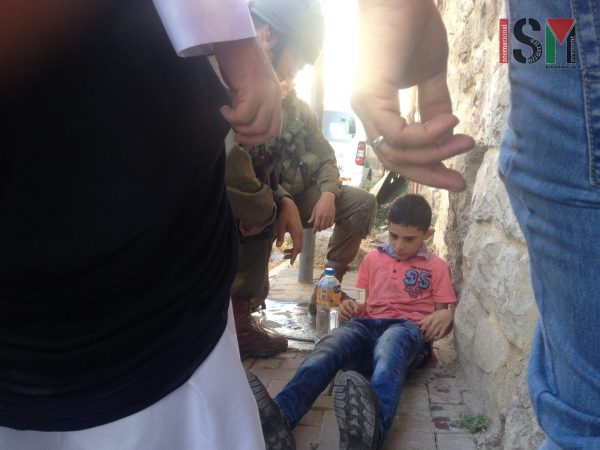 This is just another example of Israeli forces impunity for violence and their continuous breaches of international humanitarian and human rights law. While publicly advocating that they’re facilitating Palestinian movement during the holy month of Ramadan, the Israeli government and the Israeli forces are instead doing whatever they can to uphold, enforce and exacerbate not only Palestinian freedom of movement, but keep denying Palestinian rights on a large scale.