On 9th April, Hebron Youth against Apartheid organized a planting activity in cooperation with the Colonization and Apartheid Wall Resistance Commission in the heart of Shuhada Street and Tel Rumeida neighborhood of al-Khalil (Hebron). Dozens of heavily-armed Israeli occupation forces stopped the group while marching towards the land, and prevented them from carrying out the planting. Despite this, the group refused to leave the area and instead protested in front of the armed soldiers, raising Palestinian flags, calling for human rights, justice, freedom, peace, nonviolence, freedom for prisoners and an end to the colonization of the old twon of Hebron city. 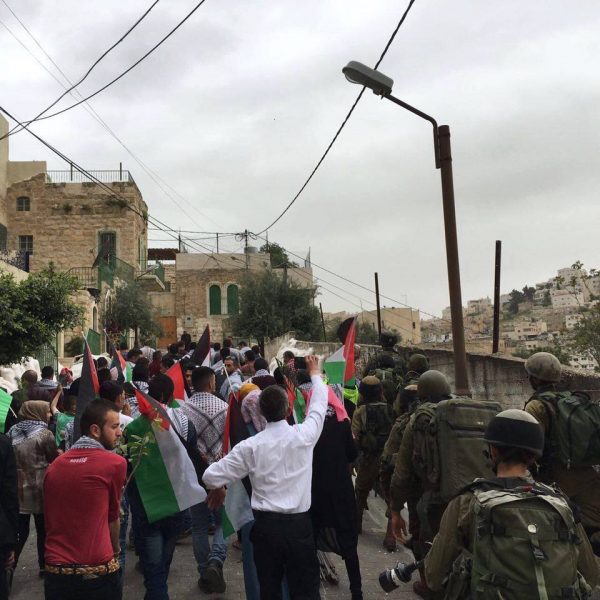 Afterwards, the activists visited families in the Tel Rumeida neighbourhood, by sneaking into the area that then was still a closed military zone, meaning families are prohibited from receiving visitors. The group managed to visit the activist Imad Abu Shamsiyah who documented the execution of the injured Palestinian teen Abdul Fattah Al-Sharif and for this received threats from Israeli colonists threatening to burn him and his family; as well as the family of human rights defender Hashem Azzah, who was killed by Israeli forces’ tear gas. 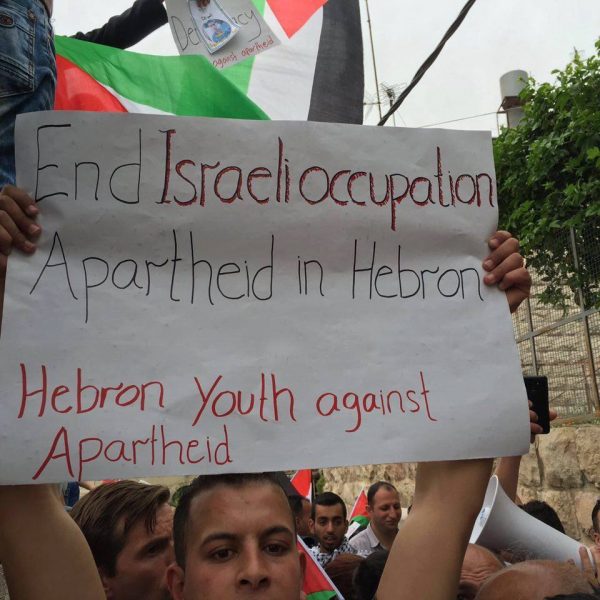