On May 3rd 2016, the Open the Zone campaign was launched in cooperation with Zleikha Mohtaseb with a children’s play about oppression, which took place directly outside the arbitrary borders of the closed military zone in Tel Rumeida, Hebron. The campaign targets the deliberate and unjust use of closed military zones to forcibly displace Palestinian residents.

The play, called “Matchsticks,” tells the story about a boy mistreated by his parents and his right to equality and security, which served as an allegory for growing up under occupation. The interactive play encouraged the children to analyse the impact of the Israeli occupation on their lives. Zleikha Mohtaseb stated: “The children showed great maturity in the way they expressed themselves. Their minds seemed beyond their age. A girl said that the play focused on breaking the silence; a boy pointed out the symbolism of the black wall. This is the first time we have heard such eloquent words from them since we started showing the play.” For the children living inside the closed military zone, this play offered a respite from the Israeli forces attempts to stifle any kind of social life and keep Palestinians restrained to the inside of their homes. 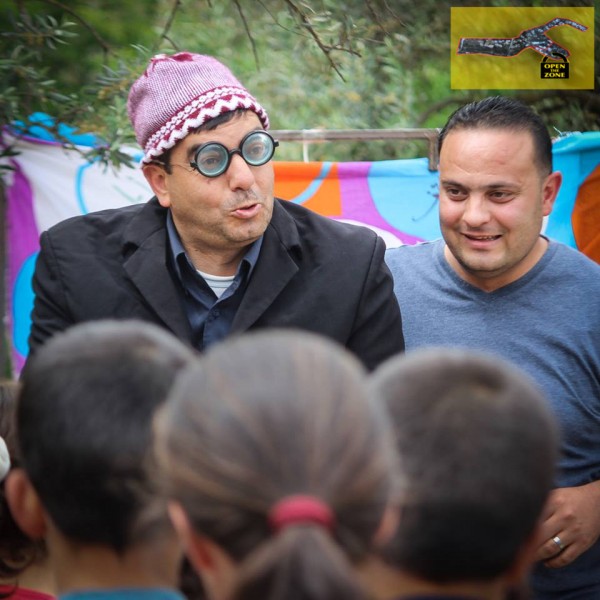 The play was the initial event opening the Open the Zone campaign, organised by Youth Against Settlements and the International Solidarity Movement. The campaign calls for an end to the closed military zone in the Tel Rumeida neighborhood and Shuhada street, that was first declared on November 1st, 2015. The military order has been extended several times, and on December 12th it was expanded just enough to include the Youth Against Settlements media center, and has been used to to evict the International Solidarity Movement from the area. The closure enforced through the closed military zone attempts to strangle any and all Palestinian life inside the area, with only residents registered as numbers allowed to enter; thus keeping all visitors, friends, human rights defenders, press and repairmen barred from entering. 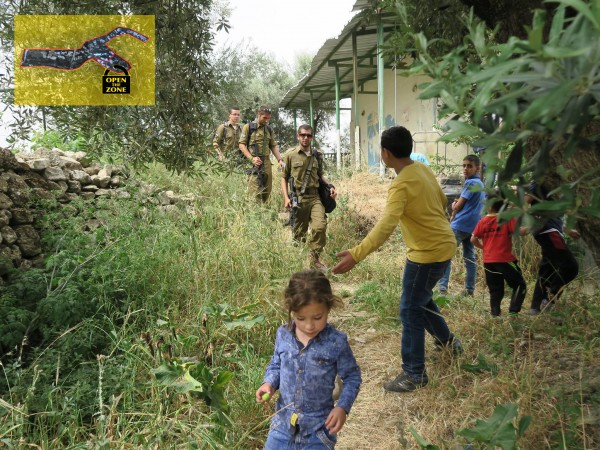 The campaign focuses on the collective punishment of the Palestinian ṕopulation and the closure as a military strategy to ensure the forced displacement of Palestinian residents in the neighborhood to expand the Israeli settlements project. A press conference will take place on the 7th of May in front of checkpoint 56 to Shuhada street and Tel Rumeida in Hebron.

Zleikha Mohtaseb: “We can’t separate our reality from the occupation.”