Today, like any other day, the children of Palestine prepared for their grim and demoralising walk to school through the Salaymeh checkpoint. The notorious checkpoint where Yasmin al-Zarour  was shot down by Israeli occupying forces just 10 days ago. The current situation is one that is hard to imagine but is what has become an unwanted yet regrettably accepted reality for the people of Palestine under the Zionist occupation.

Following the same tedious and demoralising procedure as the day before and as far back as one cares to remember. The people crossing through the metal detectors at the Salaymeh checkpoint are made to remove (at soldiers requests) any metallic objects; be it cell phones, coins, wallets, shoes, belts, be susceptible to body searches, have their bags searched, have ID’s checked and can even be detained for hours without reason. 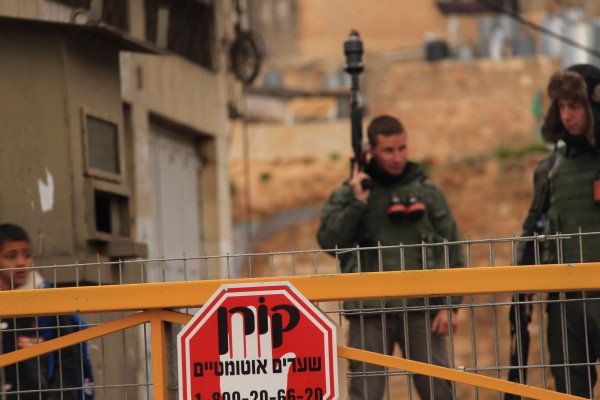 As is one of the only acts of defiance that children can show to this heinous occupation, young children gather at the base of the road to throw stones uphill at heavily combat and armour clad soldiers. The reaction of the occupying forces is swift. Like it was the day before only this time the threat of using more force is clearly evident and documented by the onlooking ISM activists.

A soldier was quick to hurl a stun grenade at the children below following the stone throwing. Ignoring the fellow Palestinian’s passing by the grenade falls well short, like it did the day before only this time no damage was done or was at least seeable to the parked cars that it landed between. Following the initial grenade the soldiers adorn their combat helmets and pass through the checkpoint. A remaining soldier on the other side of the checkpoint adjusts his M16 assault rifle to prepare a tear gas canister to be fired from it.

An elderly Palestinian man ushers the stone throwing children away and is clearly seen to not be happy with them. However little impact the stones may have had, the sound of the grenades going off and tear gas inhalation at 7:30am or any time of the day in a suburban area is not what any local Palestinian wishes for.

As the children dispersed the soldiers remain. It’s during this time that we notice an ambulance parked up next to the checkpoint. This ambulance belongs to the infamous Israeli settler Ofer who is supposed to be a medic. He is generally always on scene at most reported stabbing attempts and is notorious for never administering the required first aid to assist in keeping the critically wounded Palestinians alive after they’ve been shot by occupying Israeli forces. Instead he opts to instil fear into the young soldiers like in the case of Yasmin al-Zarour by claiming that bags may contain bombs or to check rooftops for snipers. While the settler Ofer may seem an unimaginable person or however far out the scenario described may seem, it is one of the very real and very horrible situations that Palestinian people are faced with. 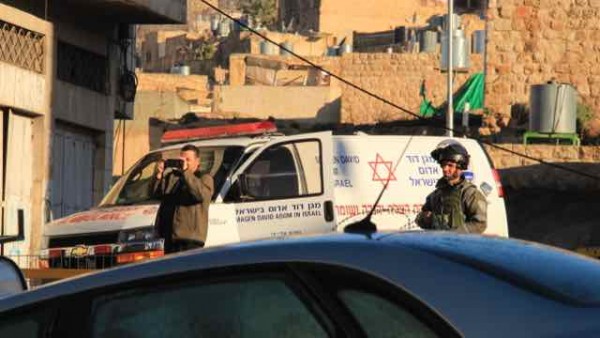 The notorious settler Ofer and his ambulance taking personal footage

Since the shooting of Yasmin after the reported stabbing attack she is yet to be charged with, the Salaymeh checkpoint has been scheduled for maintenance. This maintenance will now see it become upgraded to appear more like the current Shuhada street checkpoint that resembles a large metal fortress. This will undoubtedly lead to longer waiting times at the checkpoint, more thorough searches and more de-humanising of the Palestinian people while settlers walk freely and have the full protection of the Israeli army.

While the spirit of the Palestinian people remains strong, nothing will change without international acknowledgment of this apartheid regime and the genocidal actions being implemented by the zionist state of Israel.