TAKE ACTION to end the closed military zone in Hebron 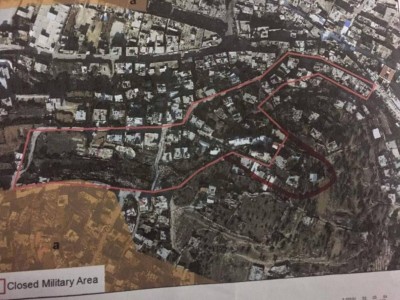 ISM is currently working to expand the campaign to put pressure on Israeli authorities to heed the demands set forth in the Action Alert, which over 35 organizations have now signed calling for an end to the closed military zone in Tel Rumeida, Hebron and for Israeli authorities to abide by international law and the dictates of human rights in the city. Palestinian residents in Tel Rumeida have now been living under a closed military zone for over two months. Palestinians have been forced to register in order to be allowed into their homes; all others, including Palestinian family members, human rights defenders and members of the media are barred from the area by Israeli forces, even as settlers from the adjacent illegal Israeli settlement can walk the neighborhood unimpeded. Since January 17th local Palestinian activists and residents of Tel Rumeida have been nonviolently protesting outside Shuhada checkpoint, calling for an end to the closed military zone. 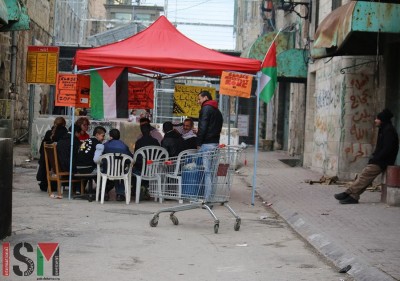 Palestinians and international supporters gather every day outside Shuhada checkpoint

We call on all those who believe in human rights, justice and freedom for the Palestinian people to please help in whatever ways you can. Together, we are stronger! We will continue to post updates on the campaign, any new developments in the situation and more actions you can take.  Please also let us know if you have any other ideas for actions to help raise awareness and put pressure on the Israeli government to end the closed military zone. 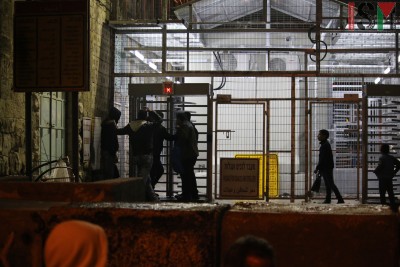 Palestinians gather outside the recently renovated Shuhada checkpoint, waiting for Israeli forces to determine whether they are permitted to enter Tel Rumeida

There are many ways you can take action now:

Thank you for all your support! 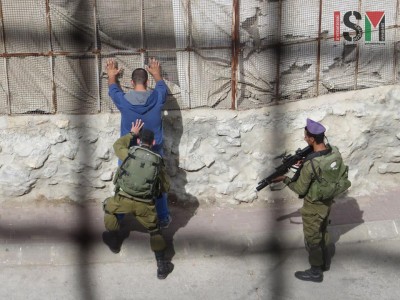 Sample text for message to representatives:

Since the 1st of November 2015, the Tel Rumeida neighborhood of Hebron, Palestine, has been declared a “closed military zone.” The zone was specifically designed to include Palestinian neighborhoods while excluding adjacent illegal Israeli settlements. Palestinian residents were forced to register with the Israeli military or else risk being barred from their own homes, while Israeli settlers are free to roam the streets without being stopped. Any Palestinians not registered as residents, international human rights defenders and media are all barred from the area. These restrictions of movement constitute collective punishment, considered illegal under international law.

In the city of Hebron, Palestinian and international human rights defenders are constantly targeted by Israeli forces and settlers from the illegal settlements inside the city for their efforts to document the situation. Meanwhile since the beginning of October over 160 Palestinians have been killed by Israeli forces and settlers, many in incidents Amnesty International has said may amount to unlawful, extrajudicial executions.

As Abed Salaymeh, a Tel Rumeida resident directly impacted by the closed military zone explained, “soldiers and settlers are making life for the Palestinians intolerable to force them to leave their houses voluntarily. This is a crime under international law. They are targeting activists to silence the truth and stop the truth from reaching the whole world.”

We [or I] call on you to act now for the immediate ending of the closed military zone and the restriction of movements imposed on Palestinians in Hebron. It is time for the international community to take action and call on the Israeli government to comply with international law and especially with the Geneva Conventions in the occupied Palestinian territories and Israel.