Wednesday night, at 1 am, Israeli forces came to the neighborhood of Dahia, in Nablus, to demolish the house of the family of Raghib Elawi, who was accused of participating in the Itamar killings a month ago. Local witnesses say that around 300 jeeps entered Dahia and its surrounding areas to seal the area.  Soldiers came in great number and started evacuating the neighboring houses at 1:30 am. They forced men, women and children out of their homes in the middle of the night with their guns pointed at them. Women complained that soldiers entered the houses without minding them not wearing their hijab, before being rushed out of their houses at gunpoint. All the families had to sit down and wait outside, in the cold, without talking. At around 4 am, the home of Raghib was demolished using explosives. 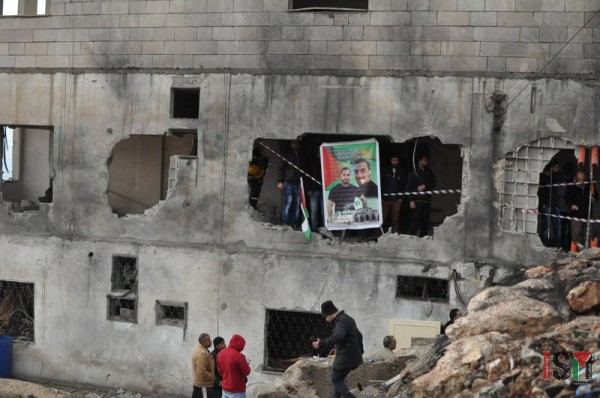 The apartment of Raghib Elawi’s family is located on a four floor building, the two top ones still being under construction and not inhabited. Raghib’s apartment had been emptied when they received the warning for the demolition two days ago. Next to Raghib’s apartment was the home of his brother, living with his wife and three daughters. They had moved the furniture to the side to avoid it from being damaged from the explosion but the wall between the two brother’s apartments collapsed during the demolition, making both places inhabitable. Two families including 6 children now find themselves homeless. All of them are currently staying at a brother’s house, a very precarious situation for all the them especially at this time of the year. 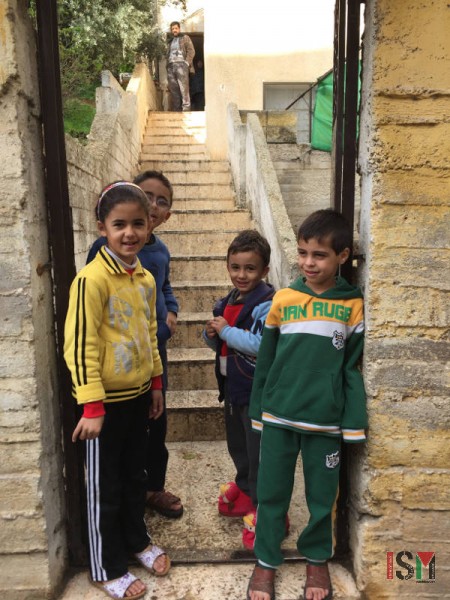 The demolition has not only affected the Elawi brothers, it also affected their parents, whose apartment is on the bottom floor of the same building. Windows shattered, doors broke, walls have been damaged, most of the furniture is ruined and the whole place is now filled with rubble. It will be a long time before anyone can live there again.

The local mosque, located 100 meters from the house, was damaged in the explosion, deeply affecting locals. On one side, all windows were shattered and broken glass covered the floor. 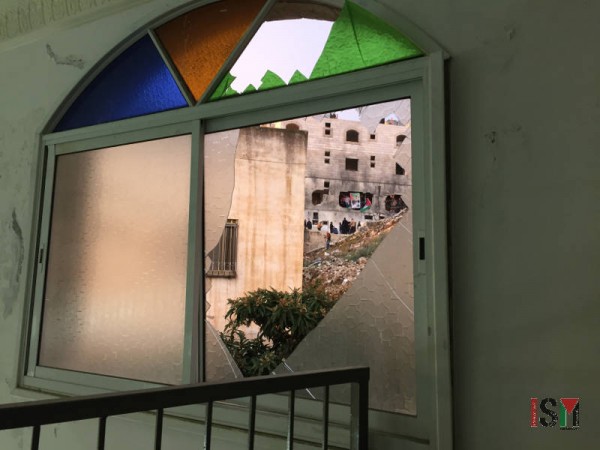 This morning at sunrise, many people were in the street attempting to clean up their houses before starting the day. They all will have to bare the consequences of this collective punishment, especially families with children who will now have to go through the beginning of winter without windows or doors to keep them warm. Furthermore, the usage of dynamite (TNT) in the house demolitions causes severe collateral damage on neighboring houses and thereby extends the collective punishment, which is already illegal and declared a war crime by international law. 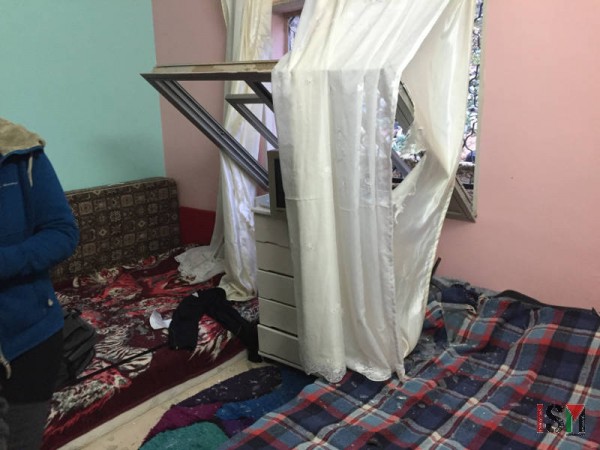 Window frame in neighboring house severely damaged from the explosion

Raghib Elawi was accused of being involved on the 1st of October in the killing of two illegal Israeli settlers driving a car near Beit Furik. He was brutally arrested by Israeli forces in the night of the 4th of October while he was recovering from a surgery. The trial in his case still hasn’t taken place as the hearing was postponed, yet without being found guilty, his home has already been destroyed. This violates international law stating the right of being presumed innocent until proved guilty according to the law.

Three homes of Palestinians, believed to be involved in the same killing, were demolished on November 14th, leaving several families homeless. 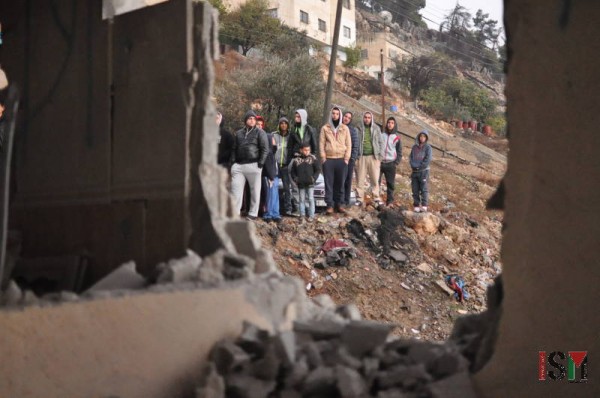 Locals watching and showing their support to the Elawi family.

Watch the demolition of the house: