Yesterday, November 23rd, Israeli forces shot dead a Palestinian teenager at the Huwwara checkpoint south of Nablus.  Samah Abd al-Mumen Ahmad,  a Palestinian woman who was shot in the head in the crossfire as she drove past the scene, is currently in the hospital in critical condition. 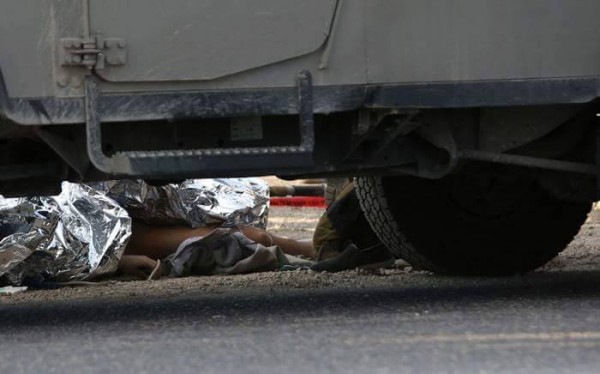 Palestinian teenager killed at the Huwwara checkpoint on November the 23rd.

The incident occurred only 24 hours after the last killing at the checkpoint, where a 16 year old Palestinian girl was run over and then shot dead by a prominent Israeli settler. Taha Ahmad Qatanani from Nablus was run over and shot by Gershon Mesika, the former head of the “Samaria regional council” which represents the illegal settlements in the northern West Bank. 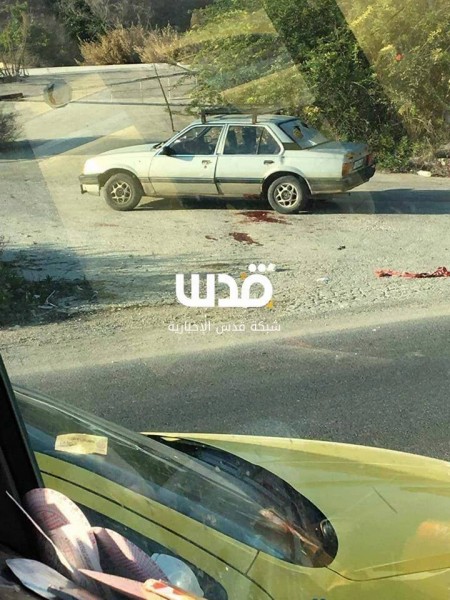 Car in which the woman was shot in the head.

In response to the events on November 22nd, the Israeli army forced all shops and restaurants in the village of Huwwara to shut down until the following morning. The forced closing of shops is a frequent occurrence in the occupied West Bank, and a Israeli soldier in the village described the action as “collective punishment” when asked about the reason by an ISM volunteer.

Furthermore, residents of Nablus trying to pass the checkpoint were only allowed to enter, but not leave, the city. The checkpoint is crossed by route 60 which connects Nablus with the central and southern West Bank. Route 60 is one of the only roads in the West Bank used by both Israeli settlers and Palestinians. 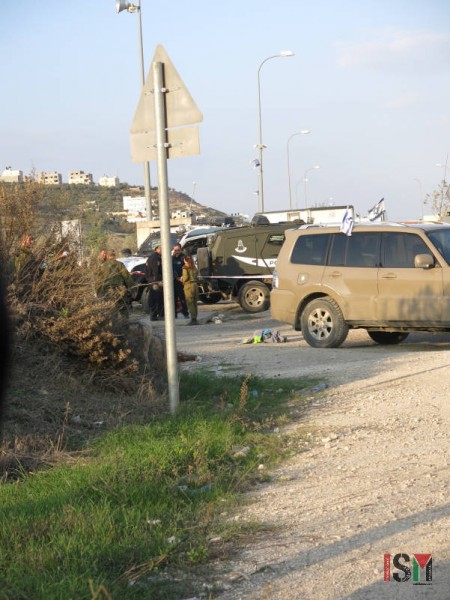 Israeli forces at the scene where a Palestinian teenager was killed on the 23rd.