On November 7th 2015, the Abu Rajab family in occupied al-Khalil (Hebron) received a military order by the Israeli forces declaring most of their house of being under military control for an indefinite time. The house is right on the corner of the Queitun checkpoint and has previously been targeted by Israeli forces. 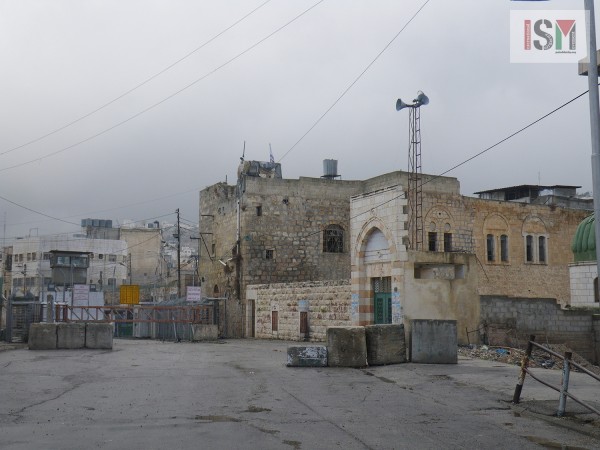 Since 2000, the Israeli military has occupied the roof of the building of the Abu Rajab family. On Thursday evening, the 5th of November 2015, the Israeli forces broke into the house and raided the family’s home, barricaded the front door, broke the windows and doors and left the family living next door startled without any further information. The home was empty the night the Israeli army broke in as the resident was visiting a relative. The following night, Friday the 6th of November 2015, around 12 am, around 70 soldiers and 21 military jeeps gathered around the house of Abu Rajab family. Shortly after that the Israeli forces arrived at the house questioning the family about their whereabouts. Around 6.30am, the residents of the Abu Rajab family were forcefully woken up by the Israeli army who presented them with a military order that declared part of their house a ‘closed military zone’ for an unspecified time. They were told that they would receive a new order soon, leaving them completely in the dark about what would happen to their house in the future and unable to enter their own home until the military order will be revoked. 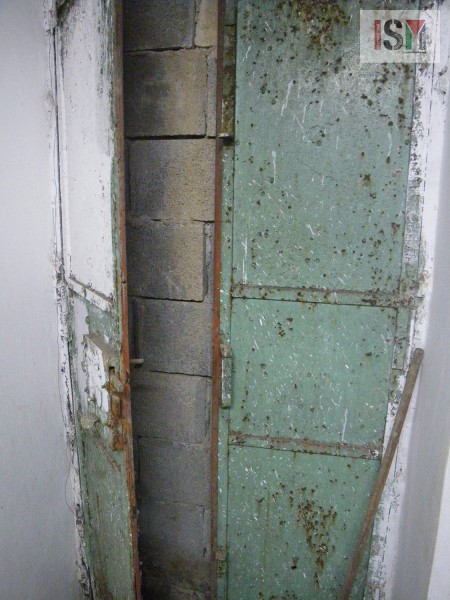 Barricaded entrance to the house

In 2011, the Israeli forces took over the second and third floor of Abu Rajab’s house in addition to the roof. Although the family has tried to take the case to court, they have been unsuccessful so far in regaining the parts of their home that have been taken by Israeli forces. According to international humanitarian law, it is illegal to take over private residential areas for military purposes. Nevertheless, Israeli forces have been continuously raiding homes and restricting Palestinian access to several parts of al-Khalil (Hebron) with complete austerity. 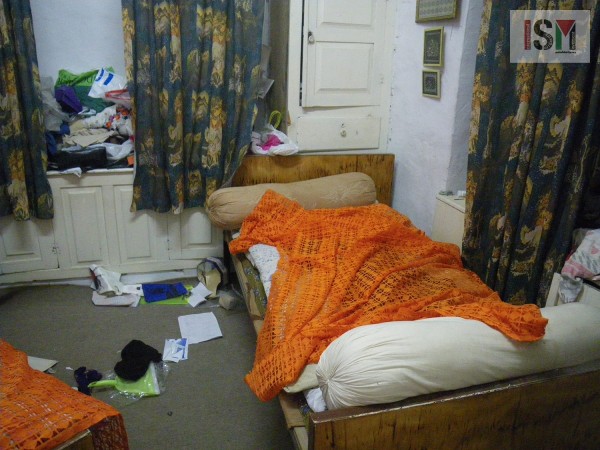 Abu Rajab house after being ransacked by Israeli forces

One of the members of the family has reported that many houses in the Abu Al-Rish neighbourhood have been raided during the past week and military presence has been increasing rapidly in the area. Just last week, one of the family members was beaten up by Israeli settlers who entered their house through the garden from a house next to the Abu Rajab compound, which is under control of the Israeli army. Until now, the family, like many others, are left completely in the dark about whether they will be able to take back what is rightfully theirs and live in constant fear of escalating violence and illegal confiscation of their lands.