Burin farmers once again prevented from picking their olives

1st November 2015 | International Solidarity Movement, Huwarra Team | Burin, occupied Palestine
Yesterday, the 31st of October, close to the end of this year’s annual olive harvest, another family of farmers in the village of Burin, near Nablus in the northern West Bank, were again prevented from picking their olives by the Israeli army and illegal Israeli settlers. 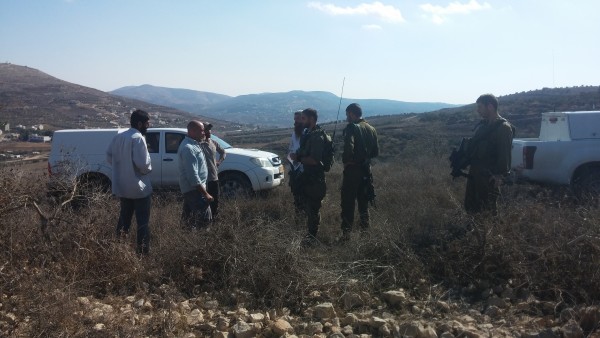 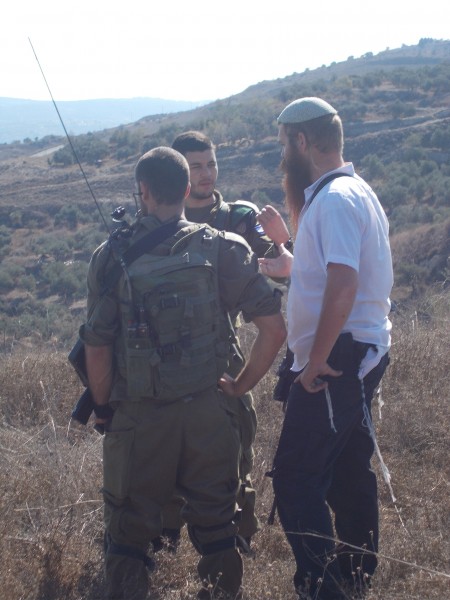 At approximately 9:30 am, 4 soldiers and 1 guard from the illegal Israeli settlement of Yitzhar arrived to the field while the Palestinian family was picking olives and announced that they had no permission to work that day (but stated they were allowed to do so the next day and the day after). On the contrary, the farmers, who also own the land, explained to the soldiers that they did have a permit which was issued by the city council but the soldiers ignored them. Two volunteers from ISM who were present in that moment asked the soldiers to show a document that stated the farmers were not allowed to work. The soldiers told the volunteers to go with them, but they refused. Instead, the volunteers and the family continued picking olives with one soldier standing watching them while the other 3 soldiers went to look for the document that supported their claims. 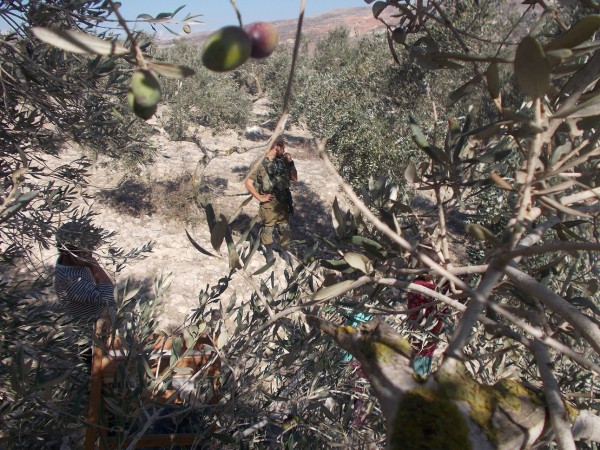 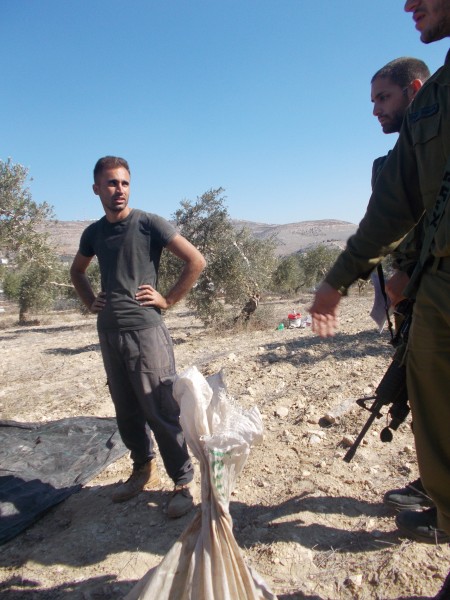 15 minutes later, the soldiers returned with a document written in Hebrew and showed it to them. The Palestinian family decided to leave. They picked up all their bags with olives and equipment and put everything into their tractor. A few minutes later, approximately 5 illegal Israeli settlers wearing masks arrived to the field, scaring the farmers and causing them to flee. The two ISM volunteers walked closer to the settlers to show their presence, but the soldiers demanded that they stand back. The ISM volunteers did not want to leave, but the settlers began throwing stones at them, forcing them to move back while trying to document. Once they left the field, the volunteers approached the soldiers and asked, “Why didn’t you do something about this?” The soldiers got into their car and closed the windows without saying anything. Everyone left the field. 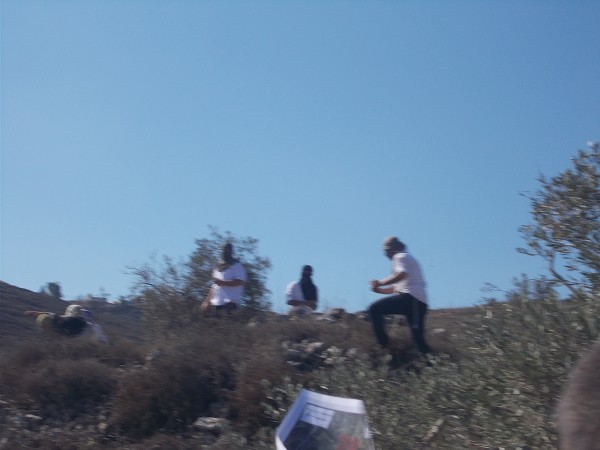 Illegal settlers, oftentimes extremely violent, this time managed to terrify the family away from their farm. Photo credit ISM

Earlier in the morning of the same day, a bus full of volunteers who intended to support picking olives in another farm were prevented to do so by the Israeli army, despite the fact that this group had coordinated with the Palestinian village council which in turn coordinates with the corresponding Israeli office and therefore had permission to carry out this action. Read more about it here http://maannews.com/Content.aspx?id=768578 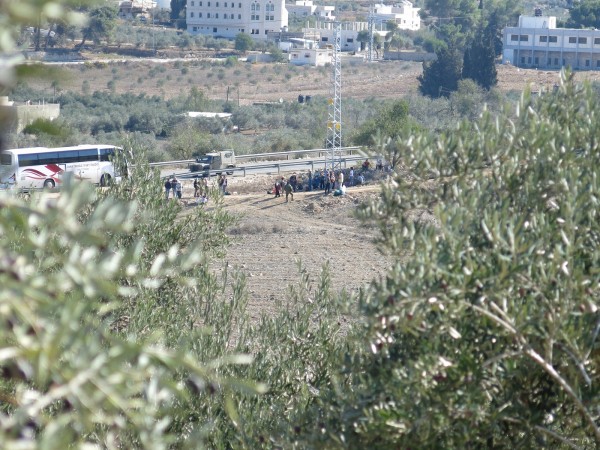 A large group of volunteers arriving to another farm to support olive harvest is confronted by the Israeli army. Photo credit ISM 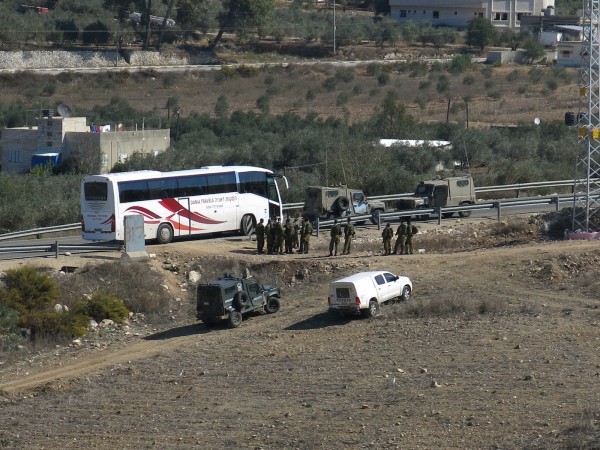 The army finally forces volunteers to get back into their bus and leave. Photo credit ISM