Arbitrary use of closed military zone orders in Hebron

After being allowed back to their legally owned apartment in Tel Rumeida in occupied al-Khalil (Hebron) on Thursday, international human rights defenders were kicked out from their home for the third time by Israeli forces the following day. 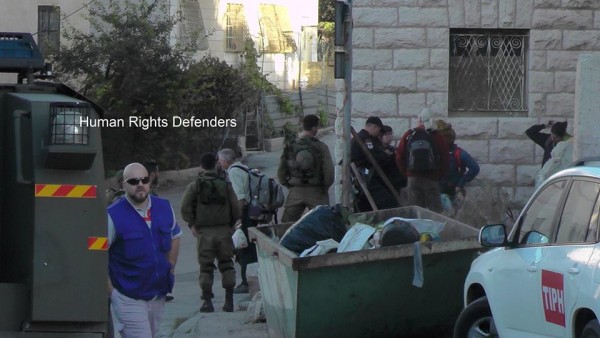 The draconian restrictions of the ‘closed military zone’ orders had been slightly lifted on Thursday with no new order issued. 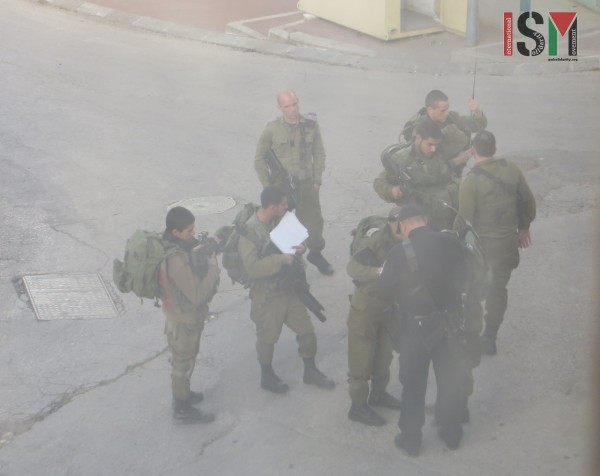 The lifting of the closed military zone orders gave the impression that Palestinian residents could, for the first time since weeks, be able to pass the street without being detained while Israeli forces would check their IDs and names on a list of ‘residents’. The international solidarity activists returned to their legally rented house on Thursday afternoon. After only one day, police and soldiers came into the house on Friday afternoon ordering them to leave immediately. The order Israeli forces showed to the internationals was clearly only a photocopy without an official stamp or signature. When the internationals showed their rental contract, the police officer started yelling at them and threatened them saying if they ‘don’t leave within ten minutes, [he] will use force’. Due to the threat of physical violence – that was used on internationals before when they were illegally evicted from this apartment – they decided to leave. 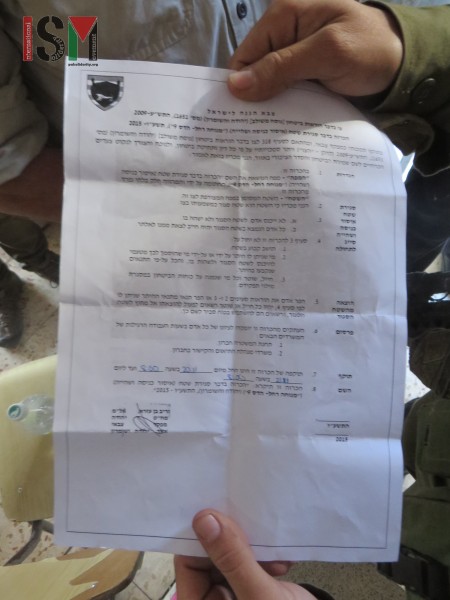 Photocopy of a military order with handwritten dates

Two days later, on Sunday, when attempting to go back to their house, Israeli forces showed the internationals an order dated to the end of the week. When internationals then requested to be allowed to go to their apartment, as this order was not in place at that particular time, they were ordered to wait for no reason. A few minutes later, a jeep with more soldiers drove up and one of them was clearly seen holding a pile of papers, writing something on one of them. He then handed the paper to a soldier that presented it to the internationals as a new closed military zone ‘order’ for that day. It was obvious that soldiers are now having blank copies of ‘closed military zone’ orders that they can fill in arbitrarily with any dates. 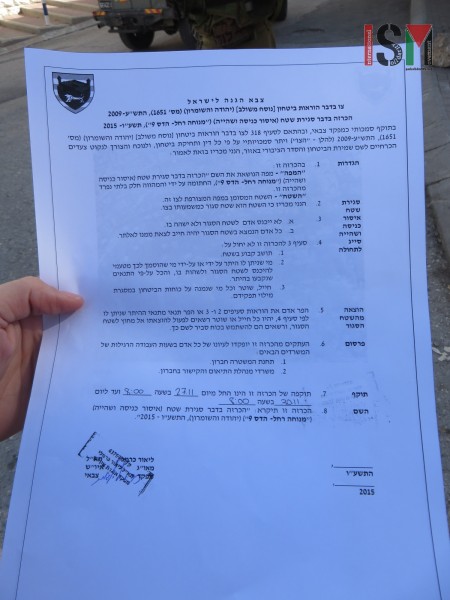 Closed military zone order for the end of the week

Since 1st November, the Israeli forces have been bringing new ‘closed military zone’ orders, renewing them every day. Virtually every Palestinian passing in any direction has to undergo humiliating, degrading and violent bag- and body-searches at gunpoint as well as ID-checks. The area covered by that order was deliberately designed to encompass only Palestinian residents and international human rights defenders while excluding the neighbouring illegal Israeli settlement, thus entirely exempting Israeli settlers from these tactics.