Yesterday, international activists regained access to their Tel Rumeida apartment after being denied entry for a week. This morning at 8.45am another activist tried to enter the apartment but was prevented by soldiers, even after showing them the rental contract granting her the right to reside in Tel Rumeida. Soldiers then came up the stairs to the front door and threatened the three activists with arrest if they failed to leave the apartment within five minutes.

After a short delay, the police arrived and demanded the activists open the door and leave the building. When the activists questioned this, the Israeli forces replied that they were in a closed  military zone and were not allowed to be there. This was despite the activists having demonstrated the right to reside in the property on the previous day.

The Israeli forces began to batter down the front door with a crowbar. When they were unable to get in after 10 minutes, other soldiers climbed onto the roof and smashed their way in through the roof access door within a few minutes. The commander and two soldiers entered the room where the activists were sitting without showing any resistance.

They demanded the activists leave, stating they had no right to be in the area and they were acting illegally. They then claimed that they had checked with their lawyers and the contract ‘is illegal…because it’s a closed military zone’. The commander said the activists are not residents, just ‘guests’ and that they didn’t understand the contract because it was written in Arabic.

Then several more soldiers entered, together with 2 police officers. They took the activists’ passports and told them to leave aggressively. They also showed them the closed military zone document. When the activists questioned the army’s right to break in to the apartment, the police officer told them to take the case to court. 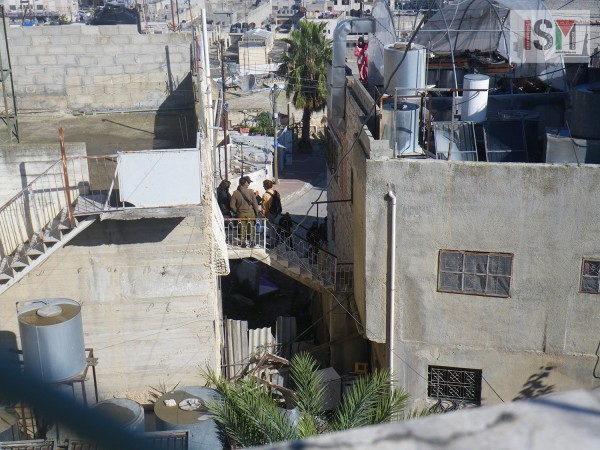 The commander then twisted the arm of one activist, forcing him to the floor, although none of the activists offered any physical resistance. The activists were then escorted out of the apartment, down the street to checkpoint 56 and out of Tel Rumeida.