Today, October 1st 2015, a 14-year old boy was arrested by Israeli forces in occupied al-Khalil (Hebron) after being accused of stone-throwing by a settler notorious for harassing Palestinians.

Mohammed Imad Abu Shamsiyye was taken by Israeli soldiers from right outside his home just after coming home from school. Even though he was taken from outside his family home and he is a minor, Israeli forces did not inform the parents.  His father was only informed about the arrest of his son by neighbours. Mohammed was physically assaulted by one soldier while being detained at a checkpoint close to his house.

They then walked him to Shuhada checkpoint, were he was forced to sit with another teen that was arrested by Israeli forces after attempting to cross the checkpoint. Mohammed’s accuser, the extremist settler, Ofer, is infamous for his aggressive behaviour towards Palestinians and international observers.  He immediately drove up to the checkpoint taking videos, ridiculing and insulting internationals and Palestinians. 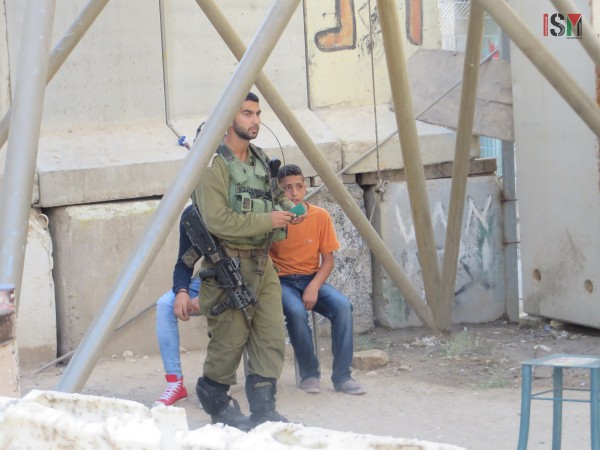 Mohammed (right) and another Palestinian boy detained at Shuhada checkpoint

At the same time another 17-year old boy was forced to first sit outside in the baking sun and then in an army jeep for about twenty minutes before being taken to a police station. The young man, as well as Mohammed’s arrest were based on the allegations of this one settler, that was not even in the same location as any of the two boys for the time he accuses. 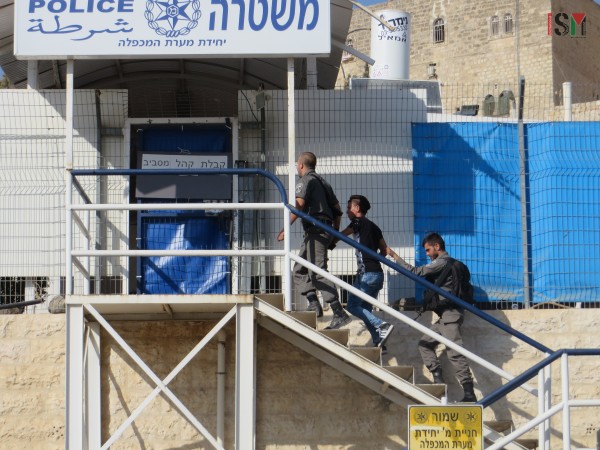 When Israeli forces walked Mohammed to the military base in segregated Shuhada Street, the two settlers went along ridiculing and berating the boy all the way up to the military base. The settlers, as well as soldiers at the base kept harassing and insulting internationals present outside the military base, until Mohammed was taken to the police station in the illegal settlement of Kiryat Arba about half an hour later. He was finally released from the police station after one and a half hours – in total an ordeal of over two hours of arrest for a minor child.

Settlers from the various illegal settlements in al-Khalil often posses an enormous amount of power over the Israeli army that will act upon their every whim and allegation. Palestinians on the other hand, when complaining about attacks by settlers are most often ignored or even arrested. 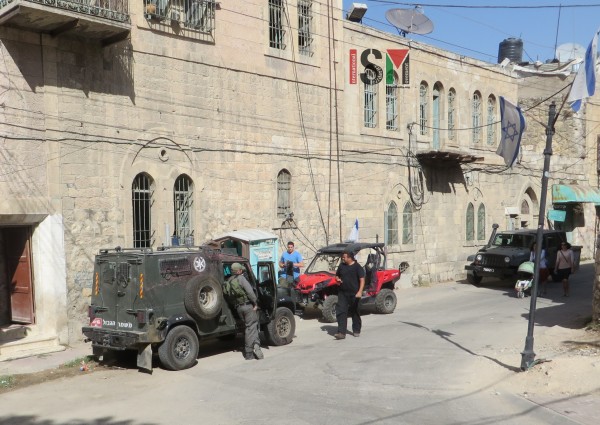