As soon as we arrived at the land where the farmers wanted to work, about 80 meters from the zionist fence which borders and cuts of the Gaza Strip, an Israeli occupation military jeep stopped in front of us. A group of soldiers left the car and started shooting while cowardly hiding behind a sand mound. From the first moment we used our speaker to let the soldiers know that there were just farmers working, that we were all civilians. After staying there for a few minutes shooting and shouting bad words to the farmers, such as “sharmuta” (bitch), they jumped again on the jeep and left.

Some people from the village came to ask the farmers to go home; they said it was too dangerous. The farmers didn’t listen and luckily they could finish their work without more trouble.

When we were almost done another family approached us and asked if one of us could go with them to a piece of land they have near where we were, at about 50 meters from the fence. We said yes and one of us left with them. The family were terrified the entire time, repeatedly asking us if there would be no problems. We could only tell, that hopefully not. 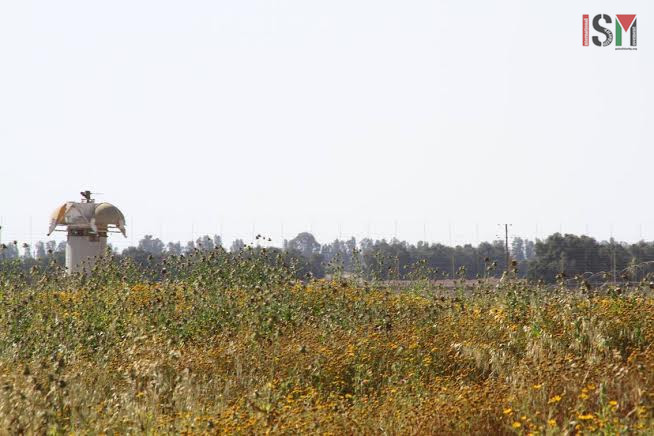 Once all the work was done and we were leaving the land, two of the youngest farmers explained to us how the father of one of them was killed in the last aggression, along with the brother of the other. They were killed by a rocket along with 4 other people.

During all the journey we could see, on the far side of the fence, the farmers from the nearby kibbutz working peacefully with their modern vehicles, tractors and even airplanes, while the Palestinian farmers locked in Gaza have to work only with their hands, almost lying in the ground, hiding from the zionist bullets and wondering if they will get killed today.

In less than two months the harvest season will commence, and hundreds of peasants will leave their homes ready to risk their lives in their attempts to harvest the crops that are supposed to feed their families. This year they are more afraid than ever, due to the blockade imposed on the Gaza Strip by Israel and Egypt. It has been impossible to enter Gaza for most of the international activists that would accompany them and serve as witnesses and protective presence. 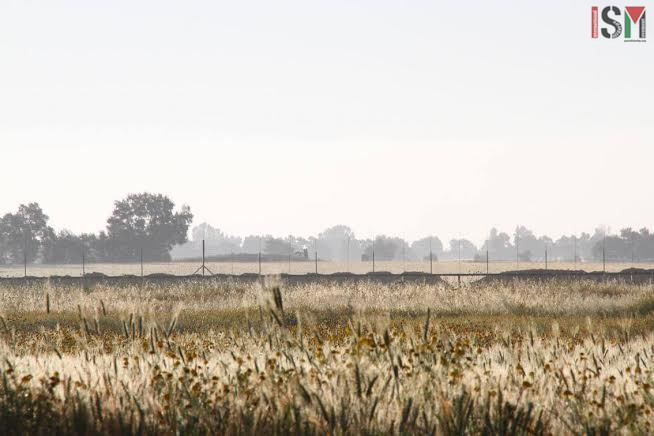 Farmlands early in the morning in Khuza’a, Gaza – photo by Rina Andolini