Yesterday, Israeli soldiers invaded Nabi Saleh during the Palestinian village’s weekly Friday demonstration and shot one young Palestinian in the leg with .22 caliber live ammunition. The soldiers also fired tear gas canisters at demonstrators, along with more rounds of the .22 live caliber bullets. 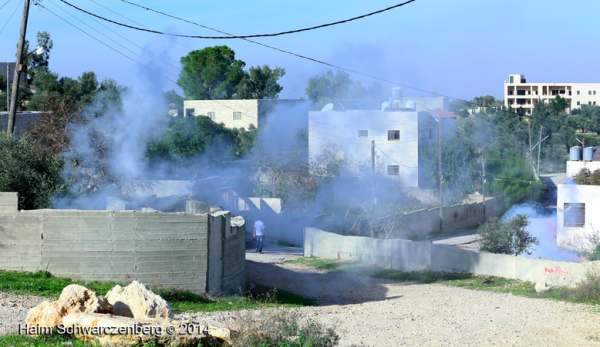 “At one point, after the boy had been shot, a soldier fired three tear gas canisters straight at internationals and Palestinians who were just standing there, trying to see what was going on up the road,” recalled one ISM activist present at the scene. “He [the soldier] was quite close to us, and could easily see that no one was throwing any stones. The canisters landed no more than a few meters away.” 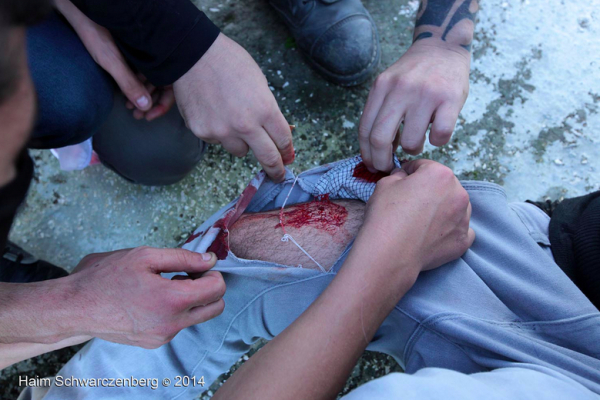 The young Palestinian who was shot is between seventeen and eighteen years old; he was rushed away from the scene and taken to a hospital for treatment. Nabi Saleh has been suffering from a spate of violence recently at the hands of Israeli forces, who shot three Palestinians including 38-year-old Nariman Tamimi at a demonstration two weeks ago and 14-year-old Ahmed Barghouti last Friday.

The Kufr Qaddum weekly demonstrations have been met with similar violence. Last week a Palestinian youth and an Italian ISM volunteer were both shot with .22 live ammunition in the chest. During yesterday’s protest a Palestinian journalist was shot in the leg with a .22 live bullet. 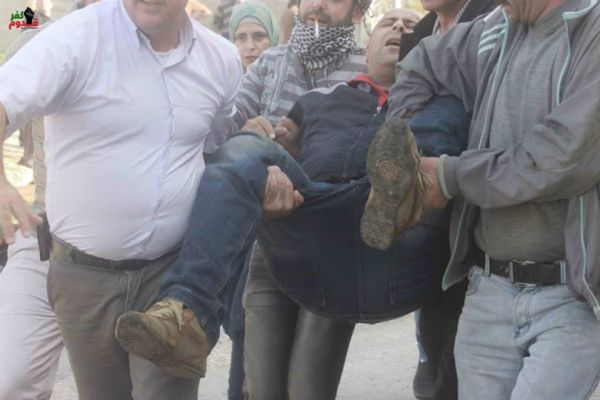