At around 11pm on August 17th, a large Israeli military presence began to accumulate in the area of Daersat Alser where the homes of Abu Eisha and Marwan Qawasmeh’s families are located. Parts of both of these homes were demolished last month as part of the collective punishment that took place all over the West Bank after the deaths of three Israeli settler youths.

A group of Palestinians and internationals made several attempts to move closer to the home to document but soldiers began to target the group with the lasers of their guns to prevent them from moving closer. Immediately after the Israeli army had left the path to the home of Abu Eisha, it was possible to view the damage made. A side of the house on the top floor was blown out and damage to most of the walls and interior of the house was extensive. 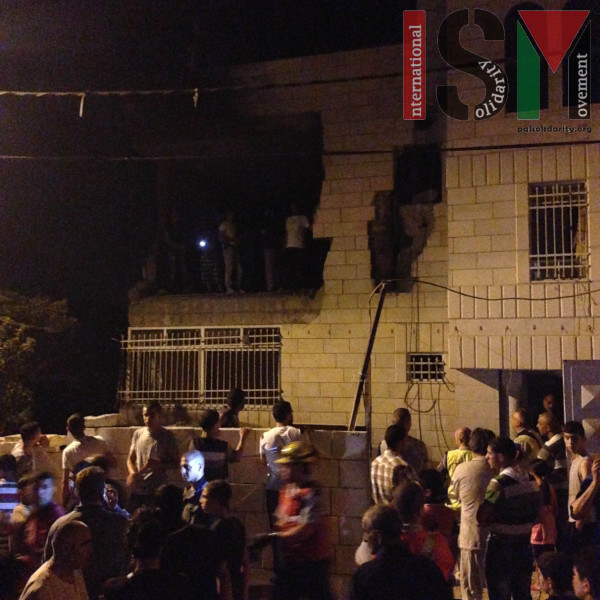 Before dawn rounds of tear gas were fired from an Israeli jeep towards the home of Abu Eisha. Internationals also noticed a small white drone circling around the entire area.

Up until the early hours there was still a heavy military presence on the main road of the Daersat Alser area. 17 armoured military jeeps, eight cement trucks and around 80 Israeli soldiers and police were visible at the beginning of the path towards the home of Marwan Qawasmeh.

Preparation had begun to seal the home with cement in order to render it unusable.

Close to 5am, the Israeli army began making preparations to evacuate the area as a group of soldiers began to load several trailers with what appeared to be metal piping, electrical wires and tubing that had been confiscated from the home of Marwan Qawasmeh.

Meanwhile, a soldier that was standing near the Qawasmeh home began to aim the laser of his weapon at the heads of various international volunteers and members of the press, for no apparent reason. 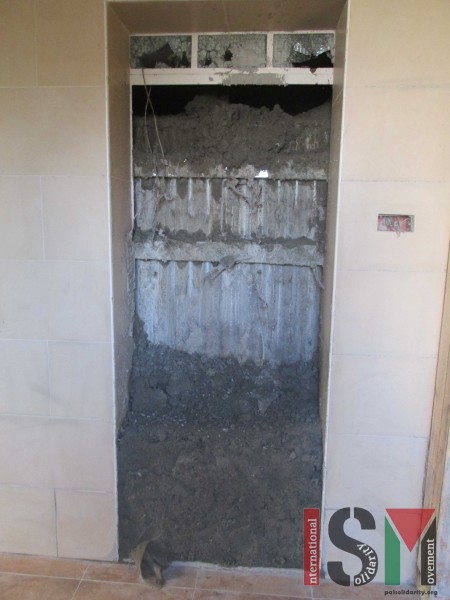 The front yard and door of the Qawasmeh family were completely blocked by large piles of rubble. Piles of wet cement covered the path to the back of the home. The entire bottom floor of the home was filled with cement and there were notices on the sealed door in Arabic and Hebrew which stated: 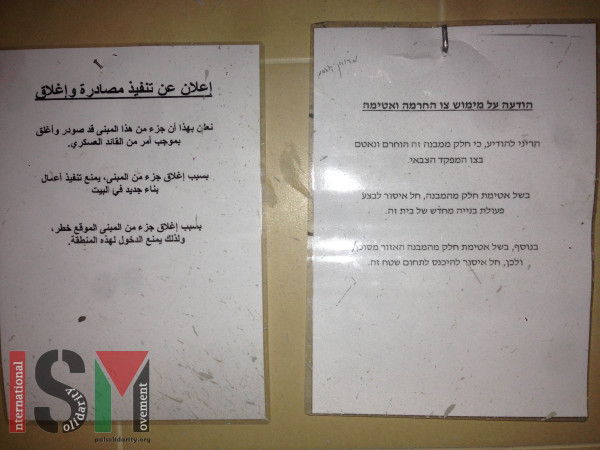 Almost the entire façade of the home had been destroyed and remains unusable with most of the rooms burnt and now completely visible from the outside. In the home, there were no doors or windows and all sinks and toilets had been smashed. 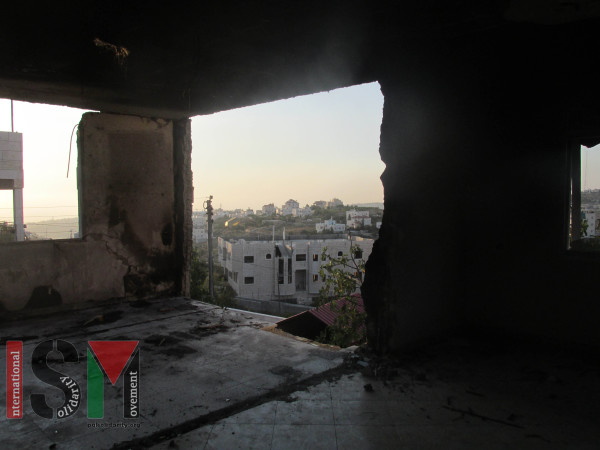 Other international volunteers arrived in the area of Wad Abu Ktela at around 2am where Israeli forces had congregated to detonate the family home of Hussam Qawasmeh. Clashes between Israeli military forces and local Palestinian youths had broken out nearby.

In the meantime, soldiers shot several tear gas canisters inside another Palestinian home in Abu Ktela and eleven people suffered from excessive tear gas inhalation and had to be taken to the Alia Hospital.

Solders hid throughout the neighborhood and around 50 additional solders surrounded the targeted home of the Hussam Qawasmeh family. Solders aimed snipers at internationals walking in the area and prevented locals from walking or driving down surrounding roads. 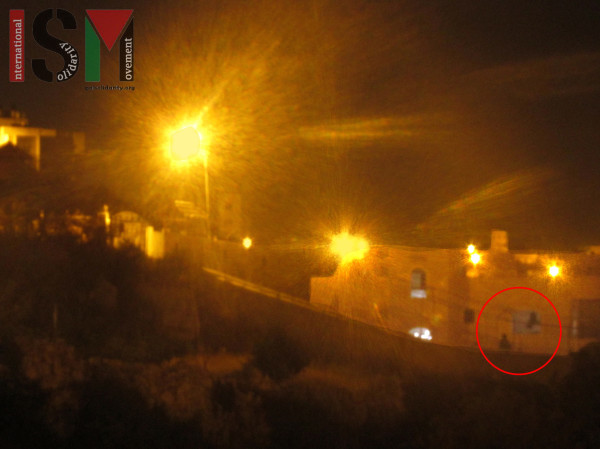 From a rooftop of a neighbouring house, Palestinians and internationals saw solders placing explosives inside the home and heard drilling noises for several hours. At the start of the morning prayer, at around 4:30am, the Israeli military forces blew up the home of the Qawasmeh family.

The home was completely destroyed and only dust and ruins remain. When Palestinians, media and internationals rushed down the street in an attempt to get closer to the home the Israeli military fired several stun grenades and rubber-coated bullets in their direction. Around 150 Palestinians gathered at the home around 5am in solidarity with the family. Family members were crying and visibly distraught. 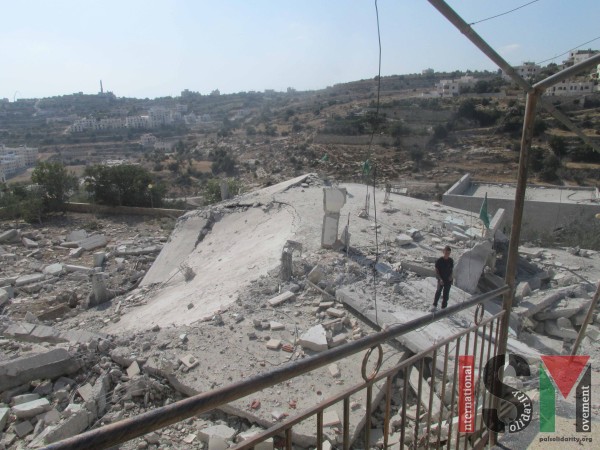 Shortly after 5 am, all the homes had been demolished and the military presence had been lifted. According to Israeli officials, the homes of Hussam Qawasmeh, Marwan Qawasmeh and Amer Abu Eisha were destroyed as punishment for their alleged involvement in the kidnapping and killing of three Israeli settler teens in June. As the forces left, a group of soldiers exchanged congratulatory hugs and took a celebratory picture together.