New
Home / Gaza / Gaza has all the potential it needs, with one exception

Gaza has all the potential it needs, with one exception 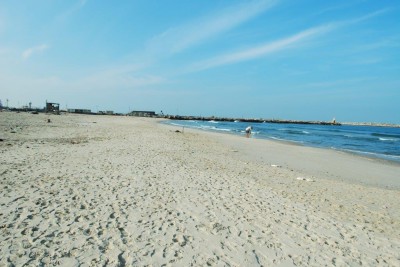 Long beaches with white, soft sand. A swim in the warm and clear waters. Surfing. Water skiing. Diving among wrecks from Roman times. The allure of small rays’ silent flights, and the luck of seeing turtles and leaping dolphins. Beach cafes with plaited palm leaves as protection against the sun. Restaurants with seafood, caught in the golden light of dawn. Or historical walks among remains from the Roman, Persian or Ottoman eras. A quiet walk along the narrow streets, visits to markets, meetings with friendly, smiling people.The Gaza Strip, the Palestinian coastal enclave, has the potential for all of this, with one exception. The occupying power does not permit flight lands in to Gaza. They have even bombed the airport to prevent it. And they use military force to prevent every attempt to get here, or out, by boat. The fishermen risk their lives, their boats and gear, their livelihood, every day. The freshly caught fish or shellfish may never land on your plate. And bringing in materials to build those restaurants is highly uncertain. 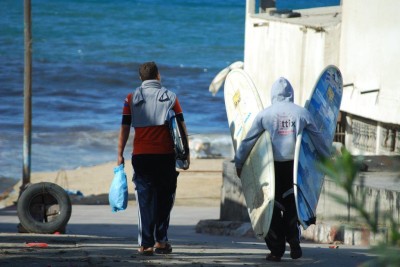 It could have been so beautiful here. It could have been so rich. But it is not allowed. And virtually no exports are, either. The economy is crippled. For a month and a half, the only electrical plant stood still, was there was no longer money for fuel. Six hours a day, eight if you’re lucky, there’s electricity supplied by the occupying power and Egypt. Perhaps it would be romantic to have a meal of seafood delicacies that were never delivered in a restaurant that could not be built by candlelight, but it would not be a place for students to do their homework. Or for those who have to wade through sewage when streets are flooded because there is no power for the water stations. A Venice of wastewater. The clear sea water has become turbid with wastewater that can not be purified. And the beaches as littered as the streets.

And I wonder: By what right do make these people an exception? Exceptions from human rights. From the right to fish in their own waters or farm their own land. From developing their economy. Perhaps this is what the outside world wants. Perhaps this is why the protests are so timid. And people here knows that the world has turned its back on what is happening. Still I meet friendly, smiling faces, people that wish me welcome in Gaza. It could have been so beautiful here. Long beaches with white, soft sand. Beach cafes with plaited palm leaves as protection against the sun. The potentials exist. All except one. 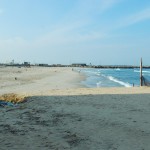 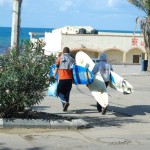 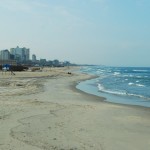