Today, Friday 23rd August, Israeli occupation forces invaded the village of Kafr Qaddum before their regular demonstration began. Shooting gas and sound grenades at residents, the army stormed the village from several different directions, attempting to make arrests – two protesters were injured with teargas canisters, which were shot directly at protesters. Soldiers shot teargas directly into the village mosque, whilst around three hundred people were inside praying, causing people to flee from the building. 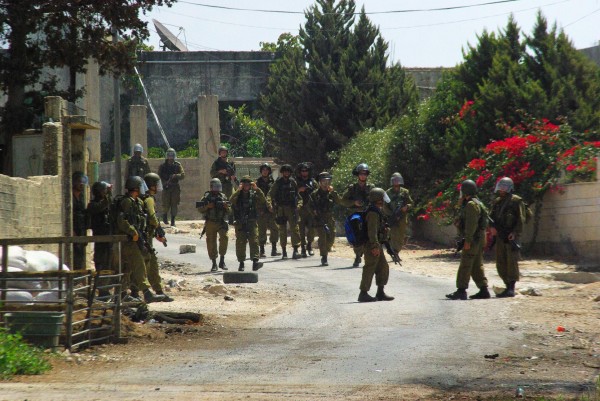 At around midday, over twenty soldiers ran directly down the main road of Kafr Qaddum, shooting gas and sound grenades towards a group of people in the village, some of whom were preparing to go to the mosque. Shortly afterwards they retreated, but continued to attack the village from several directions for the next hour, before the demonstration had started. Two people were injured by teargas canisters which were shot directly into a crowd of people who were running away from the soldiers charging down the road; one was hit in the back and one in his arm. The latter immediately required stitches by Red Crescent medics and later had to go to the hospital for further treatment and to ensure that there was no damage to the bone. 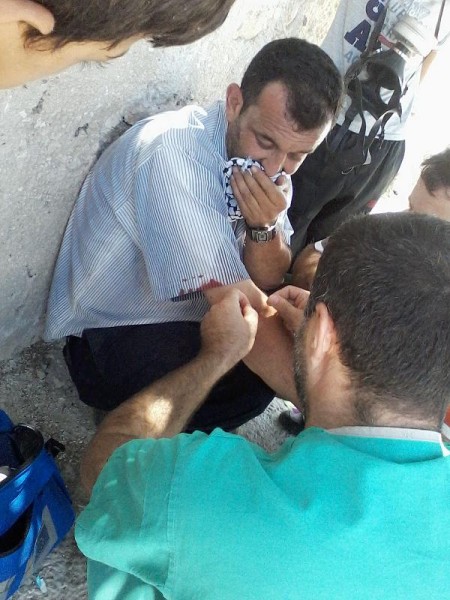 The Israeli military guidelines for shooting teargas canisters state that they should be fired at an arc into the air, but as usual the soldiers disregarded this rule, shooting directly at people. This is a dangerous practice which has killed protesters in the past – today several villagers reported that they had seen and felt the heavy metal canisters flying straight past their heads. “I feel I was nearly killed today,” said one demonstrator who experienced the near-miss. 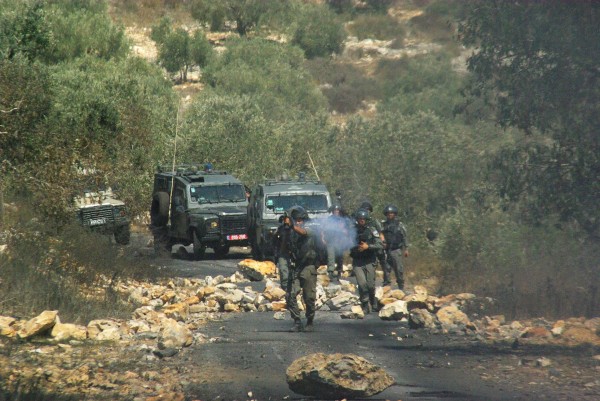 At 1 o’clock, following a sustained attack of multiple teargas canisters shot from the hill overlooking the village, several canisters were fired directly into the village mosque. Around three hundred men were inside, ranging from the elderly to very young children – most came fleeing outside as the gas filled the building, choking and blinded from the severe effects of gas inhalation. 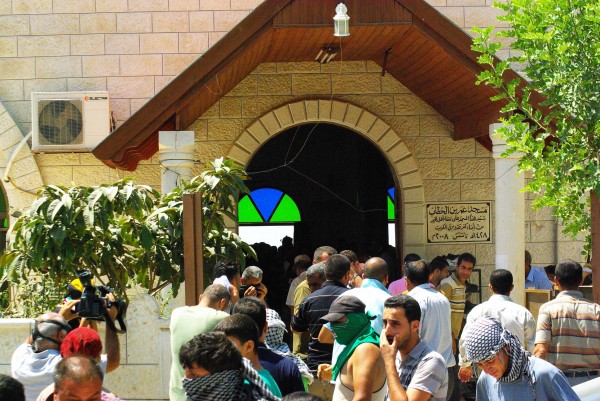 Angered by the attack on the mosque, residents of Kafr Qaddum then began their weekly demonstration, gathering on the main street which used to lead to Nablus and now is blocked by the settlement of Qedumim. Fires, set by burning tyres, were lit on the road and smoke billowed towards the illegal settlement – a reminder from the villagers of Qaddum that they are still present and that they are the legitimate owners of the land, as well as a deterrent for the army invading the village. 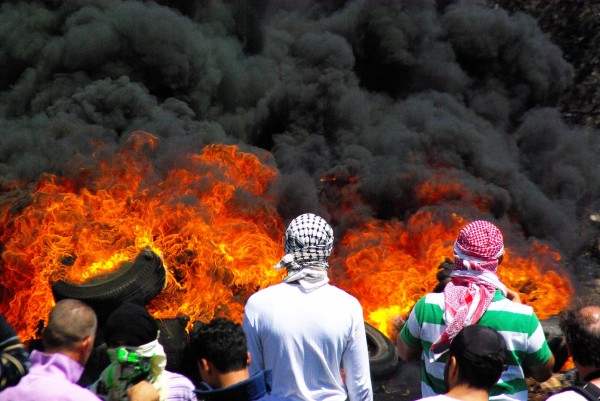 Protesters burning tyres, the smoke of which blew towards the illegal settlement of Qedumim (photo by Svenson Berger)

Soldiers continued to invade the village, shooting excessive teargas into residential areas, between homes and into gardens – causing many more to suffer from the effects of teargas inhalation. Finally, the villagers advanced all the way down the blocked road towards the settlement as soldiers retreated out of the village – following one final volley of teargas, the soldiers left and the people of Kafr Qaddum went to their homes, chanting and clapping; celebrating their continued existence and resistance. 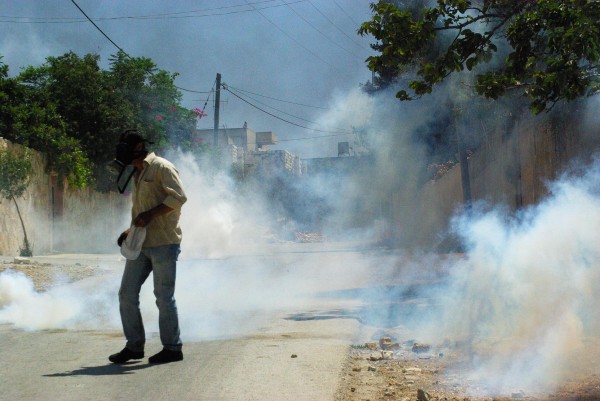 The village of Kafr Qaddum has been holding weekly Friday demonstrations for over two years. In the last weeks, three youths were arrested in night raids on the village, including one seventeen year old – because of this, several impromptu demonstrations were held on days other than Friday in the last week. The demonstrations in Kafr Qaddum are held in protest at the continued occupation of Palestine, along with the injustices and human rights abuses that come along with it. The village has suffered personally from the occupation, with their land stolen for the illegal Israeli settlement of Qedumim and their main access to Nablus being blocked, adding 14 kilometres to the journey and causing two deaths when ambulances were not able to reach the village in time. 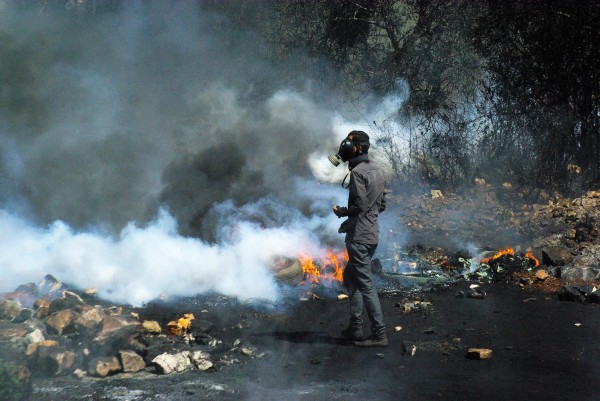 Follow live tweets every Friday from the International Solidarity Movement at Kafr Qaddum and other demonstrations across the West Bank, by following us on twitter @ISMPalestine or looking up the hashtag #PalResists