New
Home / Reports / Qusra demolition orders: “If they destroy this house, where will we go?”

Qusra demolition orders: “If they destroy this house, where will we go?”

On Wednesday July 3rd the Israeli army entered the village of Qusra, south east of Nablus, issuing eleven demolition orders on houses and buildings. At 9am two army jeeps arrived at the home of Seqer Musbah and presented him with demolition orders for the house he had built for his brother and family five years ago. When he tried to speak with the army commander he was told, “Don’t talk to me, talk to the court.” 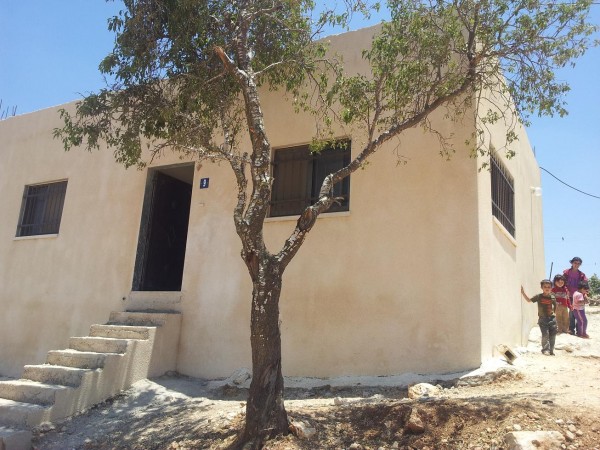 All the houses and buildings were built at least five years prior, some as long as ten years ago and are spread across different parts of the 5000 population village. The village is classed as Area B and thus under Palestinian civil control. The orders though state that the houses are in Area C and therefore under full Israeli civil and security control despite a number of owners getting permission from the Palestinian Authority (PA) to build there, on the understanding their properties were in Area B.

A 2012 report from the Israeli Committee against House Demolitions, Demolishing Homes, Demolishing Peace states, “Israeli officials explain this type of demolition by stating that Palestinians are violating the zoning and planning laws and that the demolitions are merely law enforcement.” In fact, home demolition is used as a tactic by the Israeli authorities control the expansion of Palestinian villages, with the wider aim of ethnic cleansing of the West Bank.

Musbah’s family have lived on the land in question since 1965 and in 1995 had demolition orders on a neighbouring house also belonging to the family. The family took the case to court and ended up paying 10,000 shekels to the Israeli government to stop the demolition orders. When looking for the paperwork from 1995 in a briefcase full of documents, Musbah referred to it as the “bag of troubles”.

Yusef and Sundis Rizek, a newly married husband and wife also have demolition orders on the house they share with Yusef’s sister, her husband and four children. The family have lived in the house for ten years and had planned to build further on the land to house more family members. They had permission from the PA to build the house and stated in disbelief, “Why did they not come to talk to us when we started to build the house? Why now? Where will we go if the house is destroyed? We spent all our money on the house and land. We have no other place and no more money. If they destroy this house, where will we go?”. 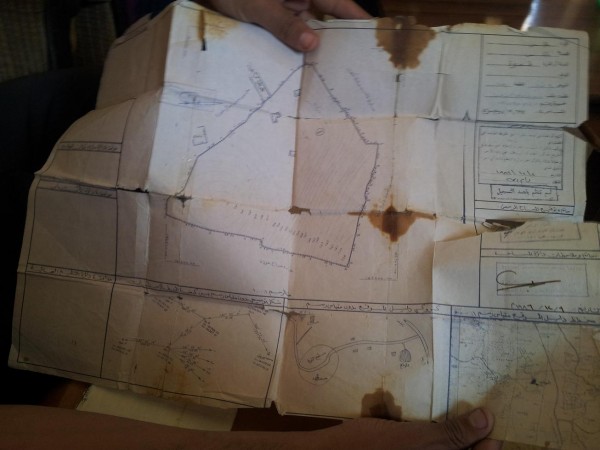 A month prior, in June, twenty agricultural buildings in Qusra donated by a foreign European government also had demolition orders issued against them. The village not only faces constant harassment from the Israeli government but also from settlers and the Israeli army who protect them. Settlers from the nearby illegal outpost of Esh Kadesh regularly attack the village injuring locals, damaging land and property.

One local stated, “The Israeli army, government and Shin Bet. All of them work together. Now all the time they attack. Why now? We are strong. They see this, so they want to.” The villagers have collectively hired a lawyer in Jerusalem to work on the case in court, though none will be able to attend the proceedings there as permission is routinely denied to the majority of Palestinians to travel to the city. Even though Musbah’s family have documents proving their house was built in Area B, he has chosen not to play solo with this potential advantage but to fight collectively because, as he said : “We are one people, and this land is the collective property of the Palestinian people, we will speak with one tongue.”