New
Home / Reports / The strangulation of a village

The strangulation of a village

Sheikh Nasri looks resigned as he describes his home as “the most terrorised village in the country”. With 34,000 uprooted trees in the last two years and some 4,800 dunams of land stolen, the village of Al Jab’a has little to smile about. 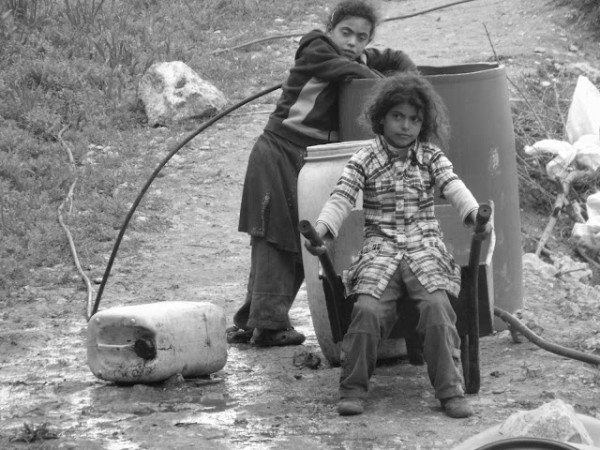 Bedouin camp given until the 15th March to demolish their home

Eighteen of the one hundred houses in Jaba have demolition orders on them, their inhabitants unsure of when the Israeli army will storm their homes with bulldozers. Even the Mosque has a demolition order. Homes with licenses from the Israeli courts are none-the-less destroyed to make way for the ever expanding Israeli borders. Nasri laughs as he points out the demolished “Welcome to Al’ Jab’a” sign.

It is difficult for visitors to come anyway.

Set among endless rolling hills, Al Jab’a would appear to be the hidden gem of the Holy Land. Look a few miles south and you will see the great snake of the Israeli segregation wall, winding its way around the village and strangling it economically. Settlements Batayim and Nahal Gebaot are expanding quickly, swallowing up Palestinian land in the process. Israel sees Al Jab’a, located in between, as simply an obstacle to connecting both settlements. If the segregation wall is finished, Jab’a will be enclosed from all sides and any movement in and out will be under complete Israeli control.

Nasri explains that they will probably build in Jab’a a tunnel, manned by Israeli military, of course. Nasri describes the Israeli plans for the village as a form of strangulation.

“They aren’t killing us with bombs or shooting bullets at us. They don’t need to. They are killing us another way.”

Nasri’s home was demolished five months ago. He had just finished building it. Now he pays rent on inadequate accommodation for his 13 family members. Nasri is a man in his senior years and his abject attitude is excusable after experiencing years of brutality and oppression.

In 1997 Nasri’s wife was turned away from a checkpoint whilst in labor, forcing her to give birth at home. His 14 year old son was badly beaten by a soldier 6 months ago when he ask him not to turn his jeep around on his fathers crops. His 15 year old son was held for over 6 months in an Israeli prison for attempting to farm part of Nasri’s confiscated land. In all it is no surprise that the people of Al Jab’a are afraid to demonstrate against this illegal occupation, but their absence from the media makes the Israeli Occupation Force’s job of strangling Al Jab’a even easier. 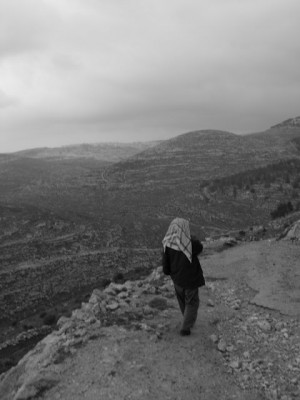 Al Jab’a resident and farmer Abu Feras has had 980 of his olive trees uprooted over the last 4 years, some of which were over a decade old. One hundred and eighty of these trees were planted by the YMCA just last year. He has just been given a notice of demolition on a further 300 olive trees, amounting to 68 dunams of Abu Feras’ land stolen by Israel for the erection of the segregation wall. Abu Feras explains that his house is very close to the proposed segragation wall, so he fears this too will be demolished. A similar eviction notice has been given to a family of Bedouin’s living on the outskirts of Jab’a, who were given until the 15th March to demolish their home or face a demolition by the army. The notice is written in Hebrew.

The strangulation of this village goes beyond the outrageous theft of property and suffocation of economy, but through the humiliation villagers have to face when denied entrance to their land and use of their roads to access such basic things as a hospital when in labor. The main road which passes through the village is for Israeli vehicles only, large road blocks prevent Palestinians from passing through it, The surrounding Palestinian houses watch as Israeli citizens pass freely through the Palestinian land they are denied using.

When asked about life under occupation Nasri speaks with an understanding that life is not like this elsewhere.

“Its not easy to live here. I lived in the States for 12 years. I know what living is. The people here aren’t living, they are waiting to die.”