On January 4th, an Israeli military commander served 8 demolition orders in the town of Khalit Al-Dar, just south of the city of Al-Khalil, also known as Hebron. 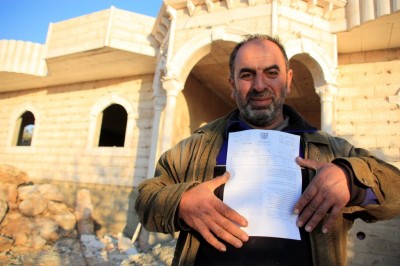 The reason given for issuing demolition orders to the families is that they have built additions onto their homes without Israeli-issued building permits.  In accordance with the 1994 Oslo agreements, building permits in the town are issued by the municipality of Al-Khalil, which had issued the necessary permits to the families.  However Israeli authorities maintain that permits may only be issued by the Israeli government, which has, since the Israeli occupation of the West Bank began in 1967, only issued one building permit for the town, in 1980.

Khalit Al-Dar is a small, impoverished town, and the residents are mostly laborers and farmers.  When the demolition orders are carried out, approximately 60 of them will be displaced from their homes.  Other demolitions have recently happened here, in both 2007 and 2009.

The pressure on the residents of Khalit Al-Dar manifests itself in other ways as well. The large water collection basin in the town remains unfinished after 15 years, as the Israeli government will not allow the construction of wells in all of the West Bank. This leaves all Palestinians at the mercy of Macarot, an Israeli water company, for their entire water supply. 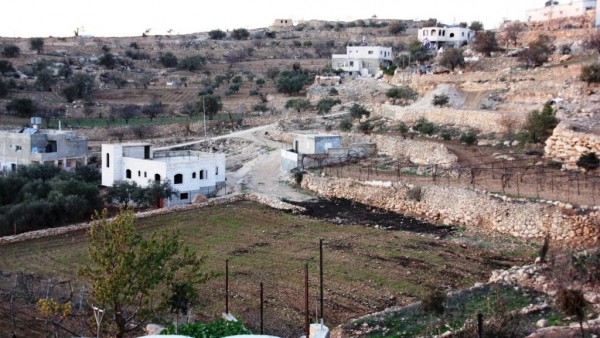 By refusing to issue building permits, towns cannot grow, and as families grow there is less and less space to live in without building extensions to their homes.

Khalit Al-Dar is surrounded by six nearby illegal Israeli settlements, Hagai, Kyriat Arba, Carmel, Arsina, Susya, and Ma’on.  Once the residents of Khalit Al-Dar are out of the way, more settlements can be built, connecting the existing ones and creating more Israeli “facts on the ground” that work to solidify the stranglehold of the occupation.

Jack English is a volunteer with International Solidarity Movement (name has been changed).