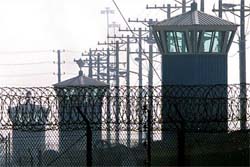 As candidates prepared for elections to the Palestinian Legislative Council (PLC) in 2006, the Israeli authorities began a campaign of detention and imprisonment to thwart the growing move towards democracy in the Occupied Palestinian Territories. The Israeli authorities began to arrest members of Hamas: 450 were detained in 2005 to prevent their participation in the election the following year; many were held in administrative detention, without trial or charge. Despite this the elections took place and a number of the candidates in prison were elected to the PLC.

The 2006 Palestinian elections were overseen by international observers, who declared them to be free and fair (more open, it has been said, than the 2004 re-election of George W Bush). Hamas ended up as the democratically-elected Palestinian government. A number of PLC members under the Change and Reform List (including Hamas members and supporters) were also chosen by the electorate and became the target of the Israeli authorities’ constant campaign of arrest and detention.

There are, at the moment, 27 PLC members and 2 Ministers being detained by the Israeli authorities.