A call from Gaza fishermen 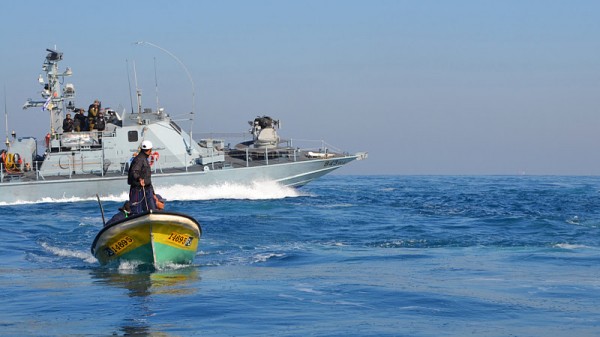 >Do not forget Palestinian fishermen who are prevented from fishing beyond the unilaterally imposed Israeli limit of 3 nautical miles and whose life is constantly under threat from the Israeli Naval Forces.

We are waiting for you to lift the naval blockade imposed on the Gaza Strip and its seawaters and to force Israel to respect international legal obligations.

As it has been the case with the buffer zone on land, since the beginning of the second Intifada Israel has been progressively implementing restrictions on Palestinian fishermen’s access to the sea. The 20 nautical mile permissible fishing area, agreed under the 1994 Gaza-Jericho Agreement between Israel and the Palestinian Liberation Organization (PLO), was reduced to 12 miles under the never implemented 2002 Bertini Commitment. In 2006, the fishing zone was reduced to 6 miles off the coast. Following the Israeli offensive on the Gaza Strip ‘Operation Cast Lead’, Israel banned Palestinian fishermen from sailing beyond a distance of 3 nautical miles, preventing them to access 85 per cent of the maritime areas they are entitled to according to the 1994 Gaza-Jericho Agreement.

Despite pledges by the Government of Israel in June and December 2010 to ease the ongoing blockade, the restrictions at the sea continue to paralyze the Palestinian fishing industry, forcing thousands of fishermen to abandon their work because the area within 3 nautical miles is markedly over-fished.  Restricting the work of the Palestinian Fishermen by limiting the permissible fishing area to only 3 nautical miles denies them access to the sole source of income available for them and their families.  This is inconsistent with Israel’s international legal obligations.

Recently, the Israeli Naval Forces have place large buoys to serve as limit markers for the 3 nautical mile allowed area and have warned Palestinian fishermen not to sail beyond such limit markers; otherwise, they will be subject to shooting, detention and confiscation of boats and fishing equipment. Palestinian fishermen expose themselves to high risk every day at sea, they are frequently harassed and arrested by the Israeli Naval Forces under the pretext of sailing beyond the 3 nautical miles.  This has been documented and denounced by the Palestinian Center for Human Rights. Israeli violations in Gaza’s water have been also documented by the  Oliva, the boat sponsored by dozens of local and international organizations, which accompanies fishermen in their activities since June 2011. While trying to document the Israeli violations in Gaza’s seawater, the Oliva herself has been also attacked several times by the Israeli Naval Forces.

We call on the International Community to condemn the continuous attacks by the Israeli Navy against Palestinian fishing boats and to exert pressure on Israel to open the fishing area up to 20 nautical miles. We also call on the International community to support peaceful civil missions with the presence of international observers and entirely legal tools, such as the Oliva, to continue monitoring the violations of human rights in Gaza’s seawaters and allow Palestinian fishermen to work in safe conditions.