Military court in Gaza holds another session to consider the case relating to the death of Italian solidarity activist, Vittorio Arrigoni 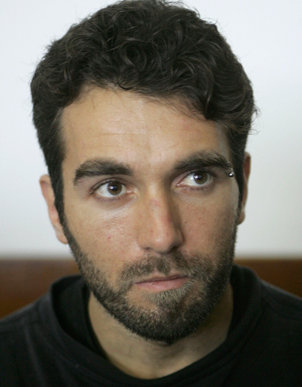 On Monday 19 December 2011, the Permanent Military Court in Gaza held the ninth session in Gaza City to consider the case relating to the death of the Italian solidarity activist, Vittorio Arrigoni. Lawyers from the Palestinian Centre for Human Rights (PCHR) attended the session in their capacity as legal representatives of the Arrigoni family.

During the session, the Military Prosecution continued to present evidence.  They presented a hard disk that included footage of the victim before and after montage.  It also presented the testimony of another witness.  In conclusion, the Military Prosecution insisted on its demands that are included in the bill of indictment.  The session was adjourned to 05 January 2012 to hear the defense attorneys.

PCHR will continue to follow up the sessions held by the Court to consider Arrigoni’s case and update the Arrigoni family on developments, in coordination with the family’s representative, Attorney Gilberto Pagani, based on a power of attorney granted by the family to PCHR lawyers.