As reported a few days ago, Israeli Occupation Forces (IOF) have fulfilled the expectation that they would arrest residents from Kufr Qaddoum.  Two young men were arrested: one on Christmas Eve and one Christmas day. A “flying” checkpoint, that is, one that is mobile and spontaneous, was set up  by the Israeli military on both days at the entrance of the village.

Nael Jomaa was arrested on Saturday around 4:30 in the afternoon, and his cousin, Muhammad Jomaa, was arrested the following day at approximately the same time.  There is still no information as to why they were arrested or when their court hearing will be held.

Many things are not clear, but the residents believe that these arrests will continue. Six people have been arrested this month from Kufr Qaddoum. Most, if not all, still do not know why they are being held and have not been charged officially. Due to the unjust Israeli judicial system, these men expect to spend at least three months in prison with high fines. Some residents have had to spend three months in prison and pay 3,000 NIS. One thousand for each month they were imprisoned. They were also told that for each thousand they do not pay an additional month would be added to their detention until they paid it. 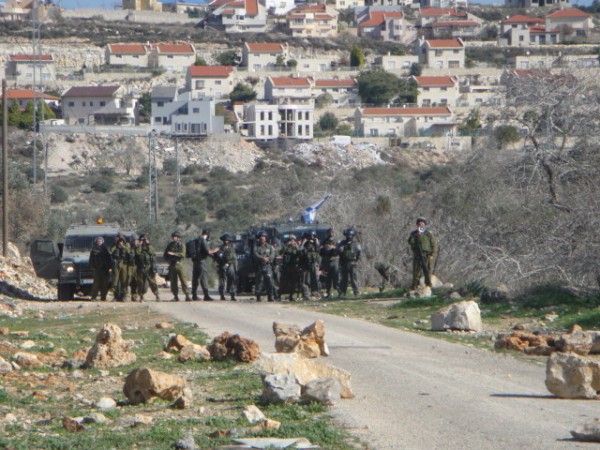 The residents of Kufr Qaddoum live with many hardships due to the IOF, but also have to live with constant threats and harassment. When they travel through checkpoints, soldiers have expressed the army’s intentions to arrest people from Kufr Qaddoum. It is evident that the Israeli Occupation Forces is living up to their threats.