New
Home / Reports / Al Jab’a: “If the judge is your enemy, who are you going to complain to”

Al Jab’a: “If the judge is your enemy, who are you going to complain to”

At first sight Al Jab’a appears as an idyllic Palestinian village, and sitting in a lovely garden under big olive trees, this seems like a perfect escape to the country side: white houses, friendly people, nice nature, and a splendid view until you glance just 500 meters from the village’s border. 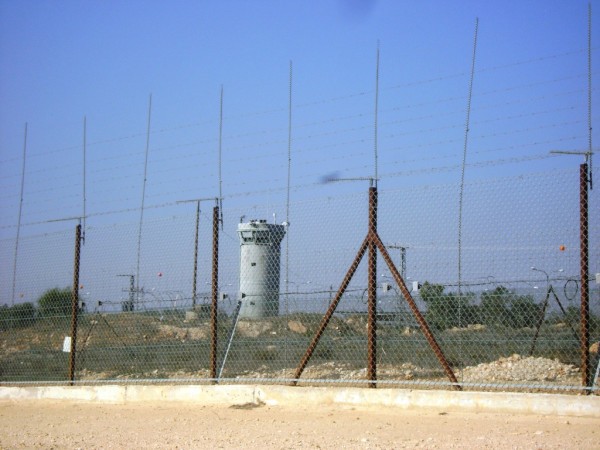 Al Jab’a is surrounded by illegal settlements, a soldier camp, one major checkpoint, the construction of the separation wall as well as one permanent roadblock which blocks access to Jab’a’s land and the neighboring village of Surif. Since Al Jab’a only has about 1000 inhabitants and lacks a hospital, markets, and high school, the restriction of movement means that everyone has to go two to three kilometers by foot in order to do their basic shopping and to reach school, work and healthcare. Sometimes even that is impossible.

“When my wife was pregnant and was about to give birth, they didn’t let us cross the checkpoint. They forced us to go back and my wife had to give birth at home,” Naser, a senior of the village, said.

As Naser guided ISM volunteers through his village, the roadblock obstructing the village from free movement was visible.  One women explained that since her husband is sick and she does not want to leave her children alone, she has to walk with them every 4th day to do the basic shopping and to buy milk for her baby.

The restriction on movement should also be seen in context of everyday Israeli harassment which aim at making life unbearable in order to make people leave the village.  Many houses have a demolition order as do its trees, plants, fences, walls and mailboxes. The big sign which welcomes visitors at the entrance has one and so do the two small plants that are put next to it.

“They say it is for security but I don’t know what the sign has to do with security. It is like they want to show the world we are not civilized,” said Naser. 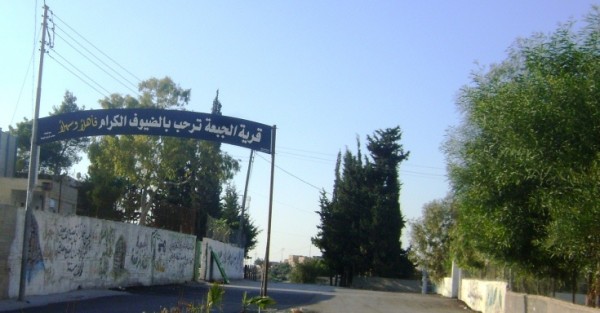 A small wall similar to a fence on the side of a house had to be taken down because the demolition order said that if the man did not destroy it they would send a bulldozer, charging the man the cost of them sending a bulldozer to demolish his own property.

Why is there so much pressure on such a small village?

In the very middle of settlements, Al Jab’a is a strategically important location. With no Al Jab’a in the middle, all surrounding settlements would be connected into one larger settlement which would mean a complete takeover and a further expansion into Palestinian land.

As in all other cases when Palestinians have to deal with Israeli bureaucracy, it is a long and tiring process when they are asked to bring papers that prove they own their land and houses. Because Palestine has been under both Ottoman rule and British mandate, different record keeping methods have been instilled in the short history of Palestine’s transfer from one occupier to the next. The only papers recognized by Israel  are the ones they invented when it was founded, and now they refuse to hand these out.

“Since we have been here for so long, people just know that this was my grandfather’s land which he inherited from his grandfather and so on. We know it because it has been passed from generation to generation and we grew up on it. That is how we know it,” said one middle aged villager, who wished to remain anonymous.

Along the village’s main road only half of the restoration of the pavement is finished. It is painted in black and white and looks a bit odd because of the sudden abruptness. The villagers explained that the road has a demolition order which forced them to stop before it was finished.

“The soldiers should be happy we want to make the road nicer since they come into the village and use it more often than we do, said Naser sarcastically. “They come during the night and bring all the men out to the street. Sometimes they let us stay outside the whole night, and sometimes they bring us to the mosque. Every time they come, they do different things to humiliate us.”

One resident alone has 7 demolition orders for different buildings. This includes the communication tower for Jawwal (Palestine communication service) which is built on his land. Without the tower, communication services will be more difficult and at least 2-3 jobs will be lost. In a village where work is hard to find, 2 or 3 jobs means a lot ,and the loss of work will affect everyone.  Many people have already been forced to leave in order support themselves and to find work elsewhere.

Naser described the difficulty of his fellow neighbors,

Everything we build is being destroyed by the military or they send us a demolition order. People cannot predict anything since we are not in power to decide over our village and life here. We have an Arab saying which says that ‘If the judge is your enemy, who are you going to complain to?’ People think that if they do something they will put us in jail, demolish our houses, uproot our trees or kill our children.

One farmer showed the remaining stumps of what used to be his olives trees. “Soldiers cut down my olives trees even though I showed them the right paper which says my family is the owner of this land. They cut down the trees and dumped them beside my house. Seeing my trees being cut down was like seeing my son being killed. I inherited this land from my father, and it has been passed from generation to generation.”

Olive trees are a vital part of the Palestinian identity. In one instance villagers were offered money in exchange for land and olive trees. In exchange for one tree they were offered between 100 and 200 NIS but as Naser explained “it is not about the money. Money is not my ID and money is not who I am. But the connection to my trees and my land is. When people want to know who I am they don’t ask ‘Where is his money?’ but ‘Where is his land located?’ ”

Much of the land that belongs to the village has been made inaccessible by the settlement and the ongoing construction of the wall, and what used to be the fruit basket of the village is now left as empty land. A year ago peace activists came to help plant some hundred olive trees in order to protect Palestinian lands from the settlers. However, if the construction of the wall continues as planned, the owners of the land will have to go all the way around the wall which means crossing neighboring towns and villages to access it. It is hard to imagine that the walk that normally takes about 10 minutes from the village will be replaced by a 2 hour bus drive. In addition to this, the overall area of 400 meters next to the wall will be “security area” which means it is a prohibited area for Palestinians to enter.

“When the wall is finished we’ll probably have a gate that will be open during certain hours of the day for which we’ll need permission to enter and exit through,” said Naser.

In total, the village has lost about 4200 donums from what used to be 6000 donums from the beginnings.  When the wall is finished only 200 donums of Al Jab’a will be left for the people to live on.

Beside the everyday harassment when soldiers are coming into the village, the surrounding settlements also cause a lot of problems.  Nabil Ibrahim Abdel Hamden walked with his goats when armed settlers came and shot him on the spot after they claimed the land to be theirs.

When relatives from Al Jab’a came to take the dead body away soldiers arrested around 12 of them with the explanation that they did not want them to take revenge on the neighboring settlement. Other children have also been severely beaten either by soldiers or settlers on several occasions. Many youth in the village suffer from long time stress of the constant harassment and the uncertainties of living in the village.

“You know, when children are small they think their parents can protect them from anything. How do you explain to them that you cannot protect them from the soldiers because they are in the ones who have the power?” questioned Naser.

So what does this leave for the future?

When questioned about the future of the village, one woman from the village responded, “It will be bad but I’ll never leave Palestine, it is my land. It is my country. Even though we don’t have anything other than our own hands we are determined to stay.”

In his response, Naser stated that

“Occupation means one land for one people, without any room for Palestinians. What is happening here is a way of making it unbearable for us to live, they want us to give up and leave so that they can take over what is left of our land. Everywhere in the world people talk about the new world order, peace for everyone and human rights but as you can see here in Palestine, they know what’s happening but they don’t care”.

From the main checkpoint and the border into Israel, the Israeli flag is clearly visible but for the Palestinian school-children inside the village, raising the Palestinian flag in the schoolyard is forbidden.  Basically any sign of Palestinian existence is being reduced, erased or demolished.