The zone of death, what Israel calls the buffer zone, to the north of Beit Hanoun isn’t shrinking but is a little less dead.  For the last three years, the only life that has managed to survive here was a few scraggly plants that somehow manage to survive the IOF’s regular bulldozing of the land.  These plants have been joined every Tuesday by a devoted group of activists from the Local Initiative of Beit Hanoun and the International Solidarity Movement.  Israel had managed to wipe out all traces of what used to be here, houses, sprawling orchards, fields of vegetables, and grazing sheep. For two weeks the Beit Hanoun Local Initiative decided to leave behind something more than Palestinian flags when they went into the buffer zone.  They left behind a grove of olive trees. 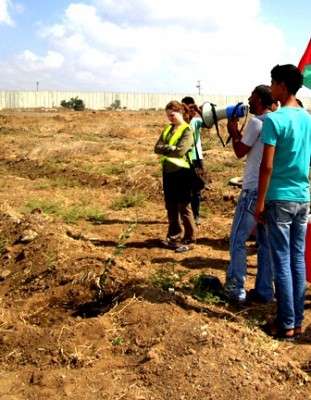 We gathered this Tuesday, the 11th of October, to tend to this grove, the only reminder of what used to be here, before Israel destroyed everything.  There were about 20 of us, one van, and one tuk tuk to carry water.  We set out for the zone of death at eleven A.M.  Usually, we march down the road into the zone of death, but today, we were carrying water for the trees, we rode.  As always, the tension increases as you get nearer the zone of death.  You never know when the soldiers will shoot.  The IOF threaten to shoot anyway within 300 meters of the border, but they aren’t very good at measuring distance, the soldiers shoot people up to a kilometer away.

We reached the edge of the dead zone, passed out giant green jugs of water, and started forward to tend to our trees.  It isn’t an easy walk, carrying a heavy jug of water over ground that has bulldozed too many times to count.  It is made easier though with the knowledge that we are going to only grove of olive trees that exists in the buffer zone, the twenty olive trees that we have planted over the previous two weeks.  The olive tree has always been an important symbol in Palestine, it is not just the universal symbol of peace, but it is also a symbol of the tie to the land that the people here feel.  This is their land, they will not abandon it.  The ethnic cleansing of the Nakba and Naqsa will not be repeated.  We pour the water on trees. Every tree gets some water.  Sadly, one of the trees appears to be dying.  We give it extra water. 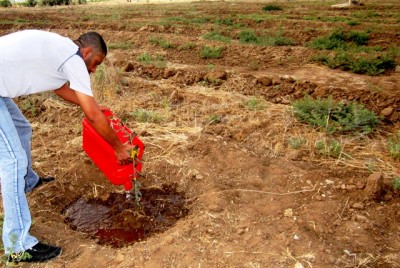 We finish watering the olive trees.  We admire our work, what we have accomplished.  We have returned life to the buffer zone, not just for the short time when we are here for the demonstration, now there is a 24 hour presence here.  The next time Israel decides to bulldoze the zone of death the driver will not be able to tell himself that he is bulldozing nothing, that this was a land without a people.  He will know he is bulldozing someone’s olive grove; his bulldozer is crushing peace.  Before we left Sabur Zaaneen from the Beit Hanoun Local Initiative spoke for us all, “The popular resistance is stronger than the occupation; we will continue the struggle until the occupation ends.”

We will continue the struggle until Palestinian olive orchards can grow on all the land of Palestine. 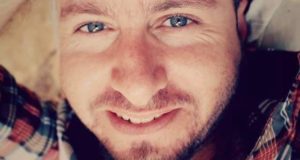 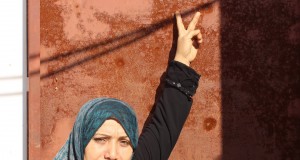 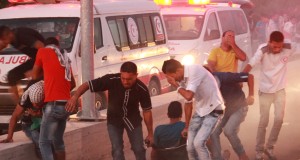