Settler arson attack in the village of Burin

On Thursday 30 June at 11:00 AM, the villagers of Burin reported that a fire was started by a group of settlers in one of the village´s crop field in the hills.

According to a villager who witnessed the events, Walid M. N. noted that before the fire began to burn, approximately 50 settlers from the illegal settlement of Yitzhar, including some children, were seen atop the hill which is just situated  in the southwest portion of the village.

ISM was told that many villagers went up to the blaze to try to stop it, but the Nablus Fire Department had to be called afterwards to put the fire out.

When ISM went to see where the attack had taken place, a jeep of Israeli soldiers could be seen watching the area.

Burin is located in the southwest of Nablus. It has a population of approximately 4000 inhabitants. The villagers have been suffering from regular settler attacks for many years. 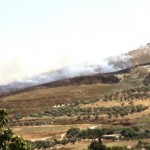 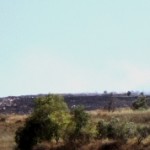 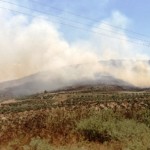