At Tuwani, South Hebron Hills, West Bank – On Monday May 23, Israeli intelligence entered At-Tuwani, escorted by about fifteen soldiers. In the operation the Israeli military invaded a local leader’s house, demanded that villagers stop their nonviolent resistance and threatened violent retaliation if the Palestinians persist asserting their rights to the land.

At around 7pm, two military vehicles and about fifteen soldiers on foot entered the village. Soldiers first invaded the house of one of the community’s nonviolent resistance leaders. Soldiers searched rooms and the surroundings at gunpoint. At the same time four men in civilian clothes, but with military gear and assault rifles, systematically approached local adult men and began questioning them. The four men, later identified as intelligence agents, asked for addresses, phone numbers, places of employments and other personal details.

Intelligence personnel also interrogated villagers about recent demonstrations and direct actions carried out by the community, and demanded that Palestinians cease their nonviolent resistance. “Do you want to become the father of a martyr?” They asked one of the village leaders, hinting that the occupation forces might retaliate on his children. 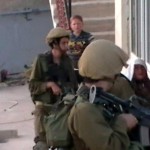 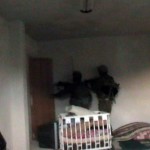 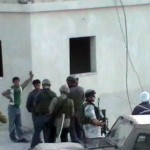 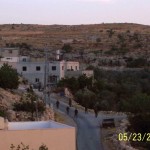 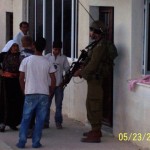 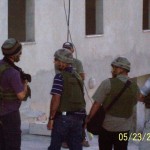 Neither soldiers nor intelligence officers gave any reason for the military operation and the prolonged interference in people’s privacy and security. When asked why they were in the village the armed men responded only “It’s our job.” Agents also requested that internationals refrain from taking any pictures of the unfolding events but presented no warrants or identification. The intelligence personnel threatened to call the police to arrest the internationals. The operation lasted over two hours. 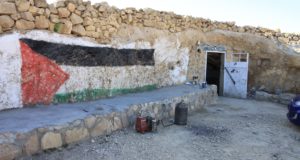