Rachel Corrie trial: stopping bulldozer work not an option despite risk to protesters

Two Israeli military officers who commanded troops near Rafah, Gaza on the day Rachel Corrie was killed, took the stand behind a screen in a Haifa court Wednesday, April 6, as government witnesses in the ongoing civil lawsuit Corrie vs. the State of Israel. Their testimony further underscored the failure of the Israeli military to recognize the rights, and protect the lives and property of civilians in the Rafah, Gaza region in 2003; including that of the International Solidarity Movement (ISM) protesters.

Deputy Battalion Commander Sh.R, a Major responsible for overseeing 450-500 soldiers in Gaza, said he was located about 1 ½ kilometers from the scene at the army’s Liaison Unit with Foreign Forces (Yaklaz), and that although the bulldozer work was under the direct ground supervision of Captain S.R., he was in a position to influence the work and was ultimately responsible for the decisions made that day. This was significant because in the preceding hearing, Captain S.R., a Bedouin officer who testified earlier in the week, told the court he requested to halt his work because of the presence of the protesters, and potential danger to them, but received orders to continue.

Sh.R. defined the “Philidelphi Route” not just as the narrow, Israeli controlled, military road running parallel to the Gaza/Egypt border, but rather as the entire width of land between the Egypt border and the first row of Palestinian houses inside Gazan territory. He also insisted that Palestinians in these houses were those digging tunnels, snipers attacking the military, or smuggling weapons, and that clearing and destroying homes was done only after it was “beyond a reasonable doubt” that homes were empty. His description, although emblematic of the Israeli military’s position regarding the area in 2003, completely ignores the fact, and credible documentation by U.N. humanitarian agencies and human rights groups, that the land was once filled with densely populated civilian homes, the first row of which receded rapidly as the Israeli military bulldozed row upon row of houses, widening the border’s buffer zone and claiming the newly razed Palestinian territory for its own. Comparative satellite photos from a 2004 Human Rights Watch publication titled Razing Rafah: Mass Home Demolitions in the Gaza Strip document this “wholesale destruction” of Palestinian homes along Gaza’s southern border.

In e-mails to her mother, Rachel described her experience living with the Nasrallah family, whose home she was protesting in front of when she was killed: “the two front rooms of their house are unusable because gunshots have been fired through the walls, so the whole family—three kids and two parents—sleep in the parents’ bedroom. I sleep on the floor next to the youngest daughter, Iman, and we all share blankets. … Friday is the holiday, and when I woke up they were watching Gummy Bears dubbed into Arabic. So, I ate breakfast with them and sat there for a while and just enjoyed being in this big puddle of blankets with this family watching what for me seemed like Saturday morning cartoons.”

Although the house was not demolished that day, the family was forced to flee seven months later when the Israeli military cut sewer and power lines and badly damaged a structural wall. The home was fully demolished in spring 2004. It was home to five young children, four of whom were present behind their garden wall as the bulldozer unit approached and Rachel was killed.

* He stated that there was a weekly work plan as well as a written “mission file” for the unit that identified the unit’s mission directive, participating forces, and instructions given to the force; including any safety instructions. However, this material was never released to Corrie family attorneys as part of discovery of the Military Police investigative file – a startling omission that calls into question the thoroughness of the government’s investigation into Rachel’s killing.

* Sh.R. identified that there was a female “scout” who recorded both video and audio files from the event, but claimed that not all the audio was recorded. Sh.R. also confirmed that cell phones, were also used, but unrecorded, to communicate orders back and forth between Captain S.R. and the Deputy Battalion Commander.

* Sh.R. stated he knew unarmed protestors were in the area, but in his opinion, stopping the work was not an option. He said the protesters were not a threat to the force, but added that if every foreigner came to raise banners, terrorists would also come and he would lose his ability to control the region. He admitted that avoiding a precedent was a consideration in the decision to continue working. He stated that in his opinion, the protesters should have been barred from entering Gaza.

* Although, he described in testimony that regulations state you don’t shoot unless there is intent and means to hurt you, a written summary of events recorded in the daily operations log on March 16, 2003, stated, “those foreigners should be handled and their entrance into the Gaza Strip should be forbidden. Additionally, the work must continue in the area in question. The firing orders state that every adult person should be shot to kill.” Within seven weeks of Rachel’s killing, award winning journalist James Miller and activist Tom Hurndall, both British citizens, were shot and killed along the same two mile stretch of the Rafah, Gaza border.

* When asked if he recalled being involved in an incident of “interference” with the military police investigation, Sh.R responded, “yes” and described how his Division Commander phoned him and ordered the investigation stopped due to a dispute over authorization. Sh.R. testified that he approached the lead investigator, interrupting the questioning of the bulldozer driver already in progress, and that personal words were exchanged. He acknowledged that he instructed the investigator to stop, based on orders of the High Command. When questioned about the ethics of interfering in a military police investigation, Sh.R. stated emphatically that he was given an order and he carried it out.

Following Sh.R’s testimony, Platoon Commander, A.D. took the stand. Unlike Sh.R, who was away from the scene, witness A.D. was present and second in command within the APC. He struggled to remember specific details about the events and said that he did not see the events before, during, or after they occurred. He also did not recall any lessons learned from the incident.

* He confirmed the unit would have been given a written “task file” before setting out on the work, although he could not remember anything about the specific file that day.

* The APC had a periscope from which they could see a longer distance from the vehicle.

* Commander R.S. spoke frequently on the cell phone and, in order to use it, he had to remove his helmet. This contradicts earlier military testimonies that claimed helmets worn would never be removed and, thus, soldiers would not have heard the protesters shouting through the megaphone nearby.

* He could not recall the specific safety instructions for the D9 bulldozer, but said the unit would continue working as carefully as possible. He believed work was allowed if protesters were within 15 meters of the vehicle, but not if they were within 5 meters.

* He knew that the protesters were civilians and “Americans.”

* He said there was a first aid kit within the APC, and he believed it was likely that the radio communications person in the vehicle was also a trained medic. However, he confirmed that the medical kit was not thrown to the protesters after Rachel was hit. Testimony made clear that no serious attempt was made by the military to provide medical assistance to Rachel at the scene prior to Palestinian medics evacuating her.

Please visit http://rachelcorriefoundation.org/trial for updates, changes to the court schedule, and related information. 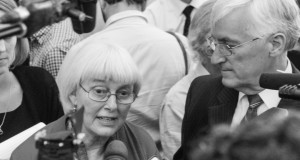 The case of Rachel Corrie 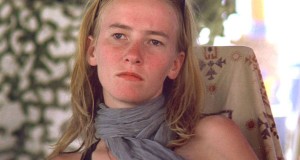